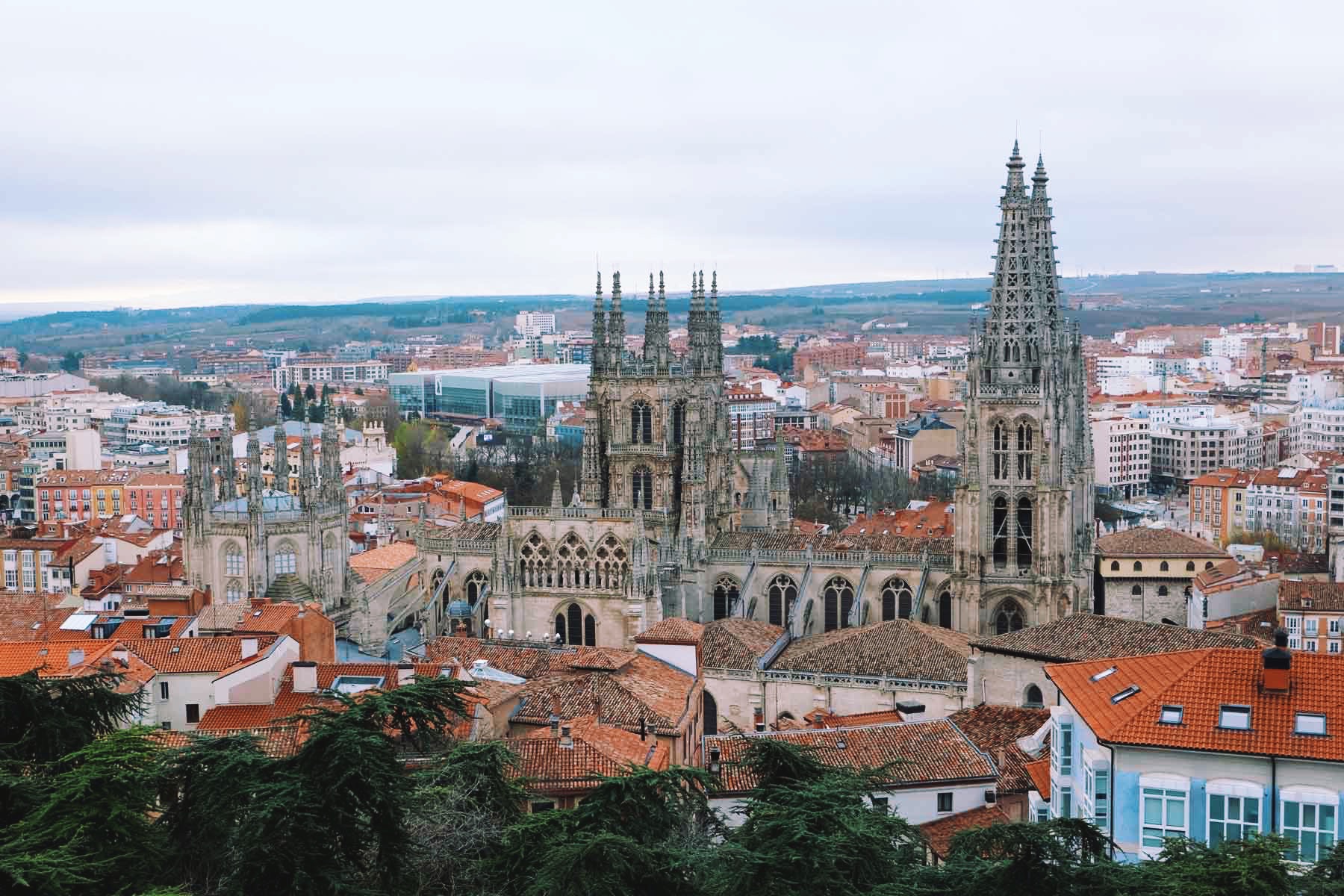 Burgos, is the historic capital of Castile, and it’s situated in the Pilgrim’s Road to Santiago de Compostela, (something that I really would love to do next year!) is crossed by the Arlanzón River, and is just a few kilometres away from the prehistoric site of Atapuerca, which was declared World Heritage. This is the reason why it also hosts the wonderful Museo de la Evolución Humana (MEH – Museum of Human Evolution), a place that will blow your beautiful sapiens mind. 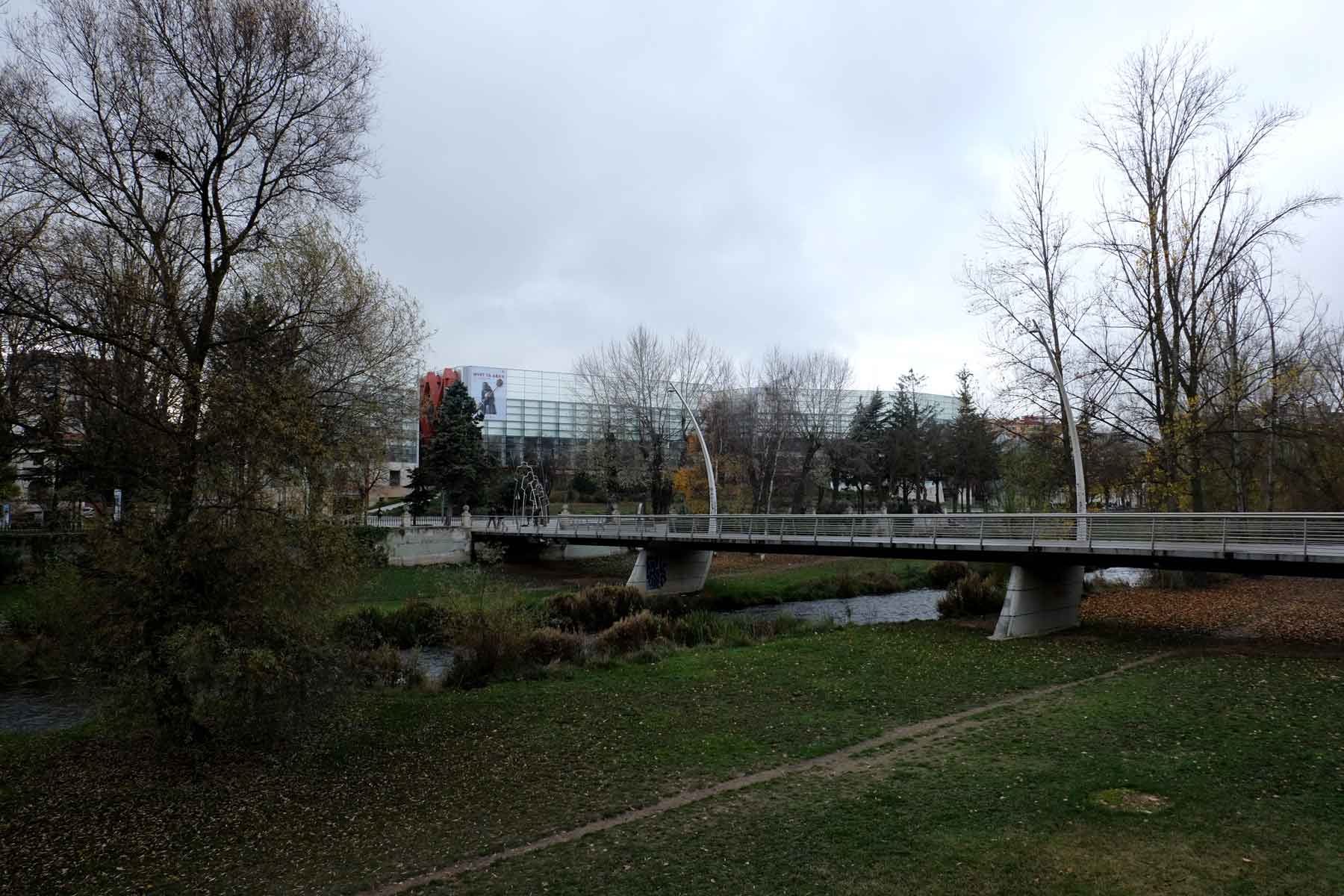 The MEH is on the Arlanzón Riverside. | Photo: Superminimaps. 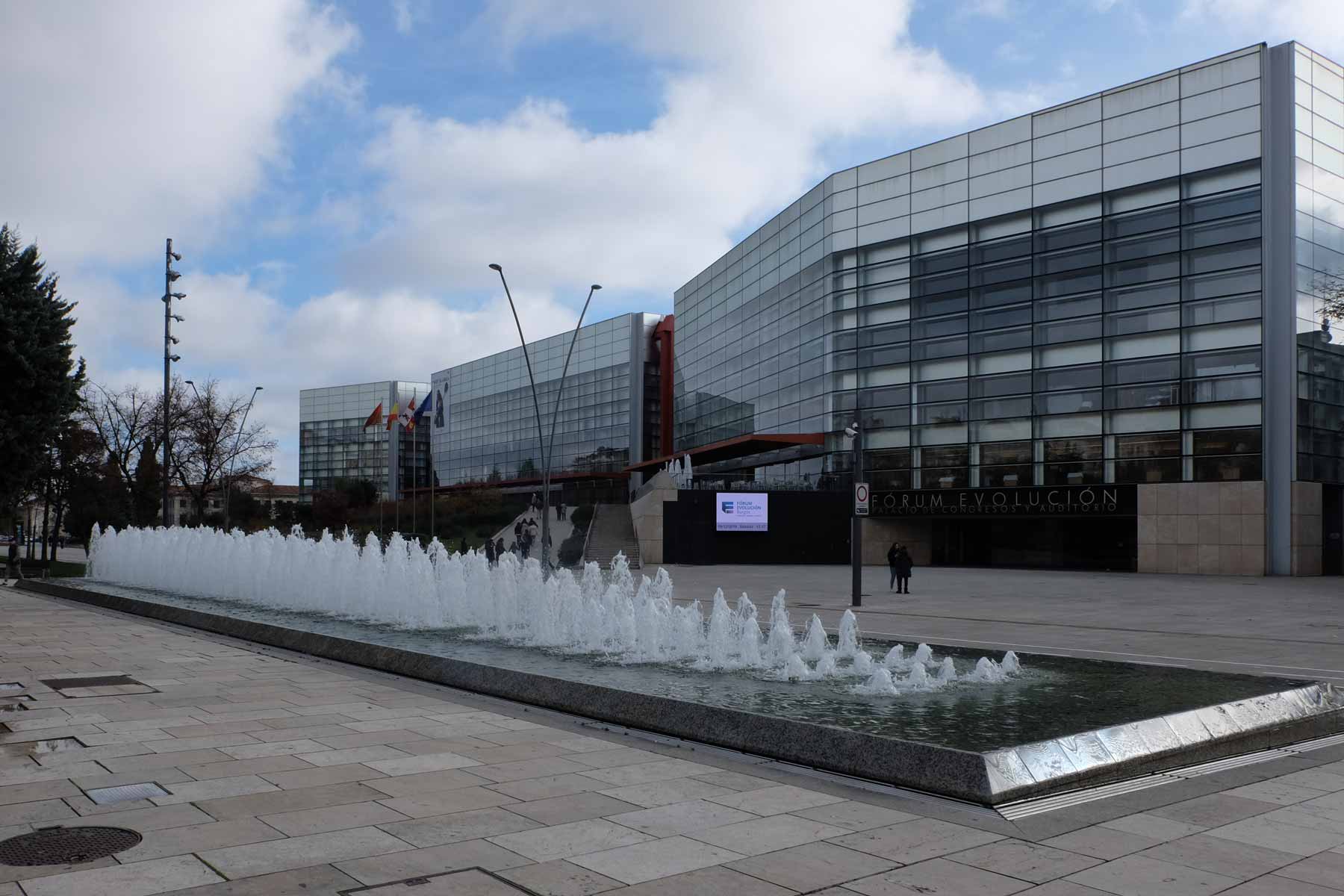 The Museum of Human Evolution was opened in 2010, unique in its kind across the world and projected to become one of the top 10 most-visited museums in Spain. The museum features the first Europeans, which lived in this area 800,000 years ago. | Photo: Superminimaps.

If you like your evolution theories with a side of Gothic architecture churches then the Cathedral of Burgos (also a declared World Heritage Site), is a must! There’s also a lovely historic medieval quarter, located on the foothill of the fortified Castle Hill, which has the best views of the city.

In the medieval quarter you have the Mudejar Arch of San Esteban and the Gothic church by the same name, that is home for the Reredos Museum. 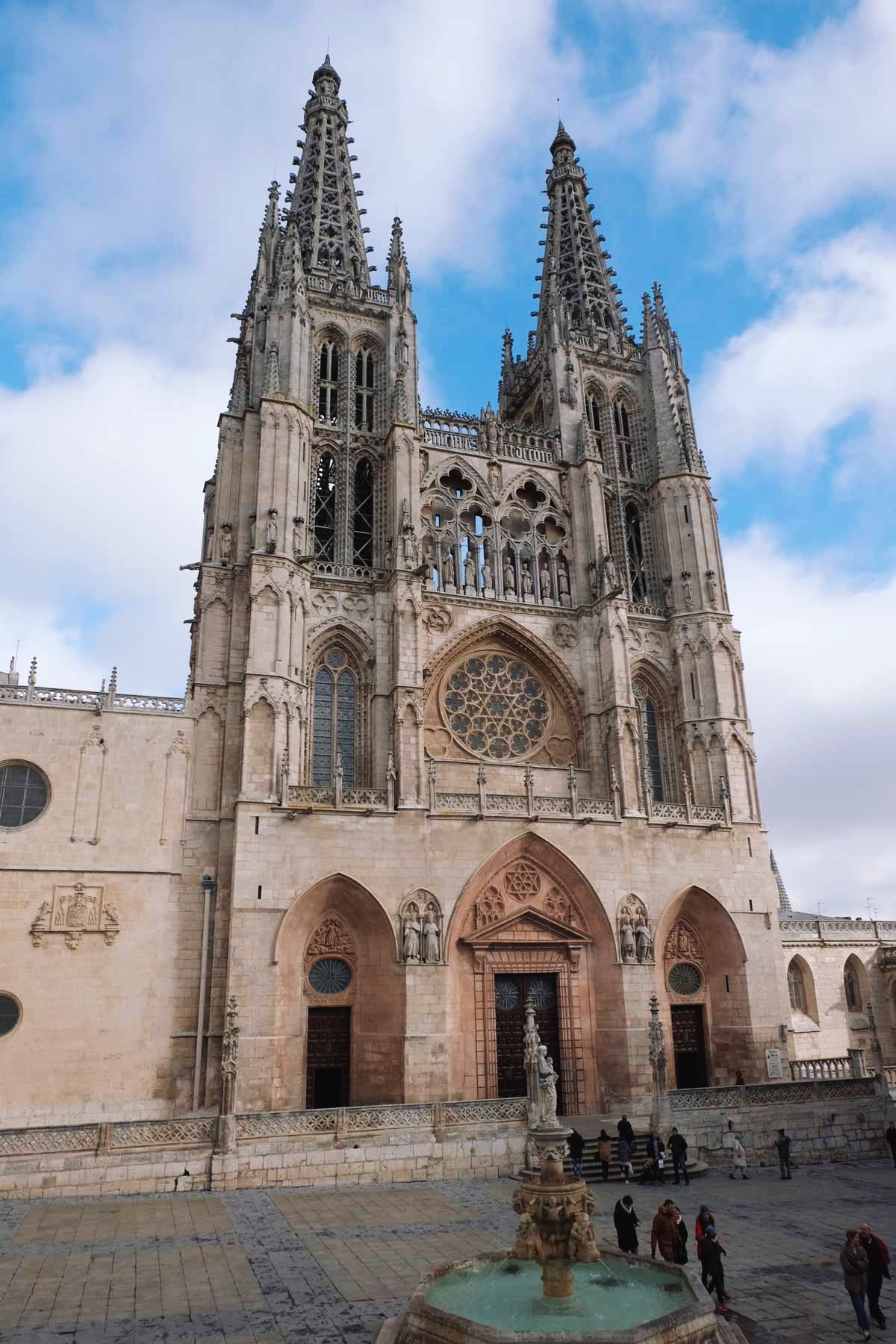 Burgos Cathedral’s began in 1221 and spanned mainly from the 13th to 15th centuries. It has been declared a UNESCO World Heritage Site. / Photo: Superminimaps 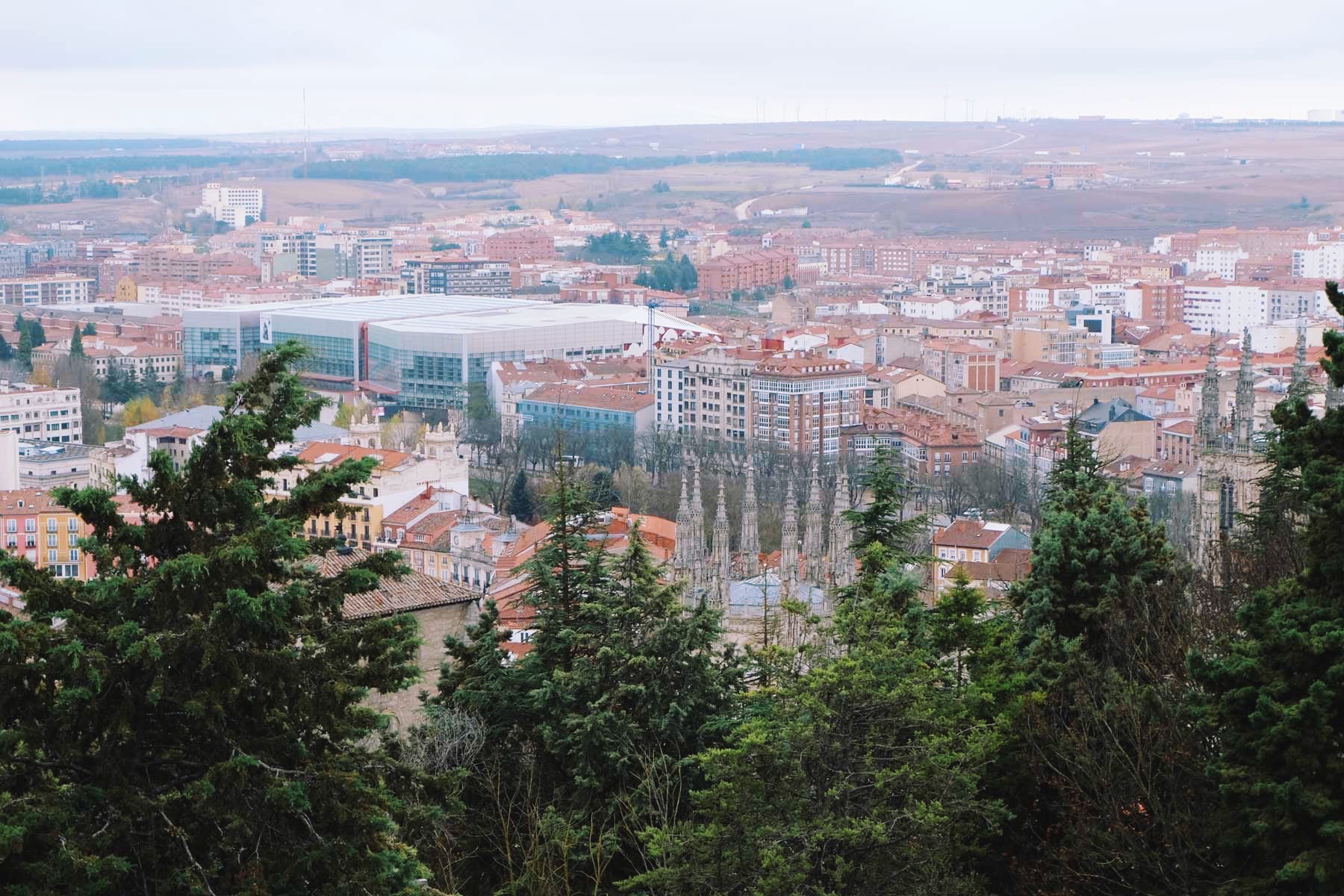 A slice of Burgos across time from the Castle Hill, to the Museum of Evolution / Photo: Superminimaps. 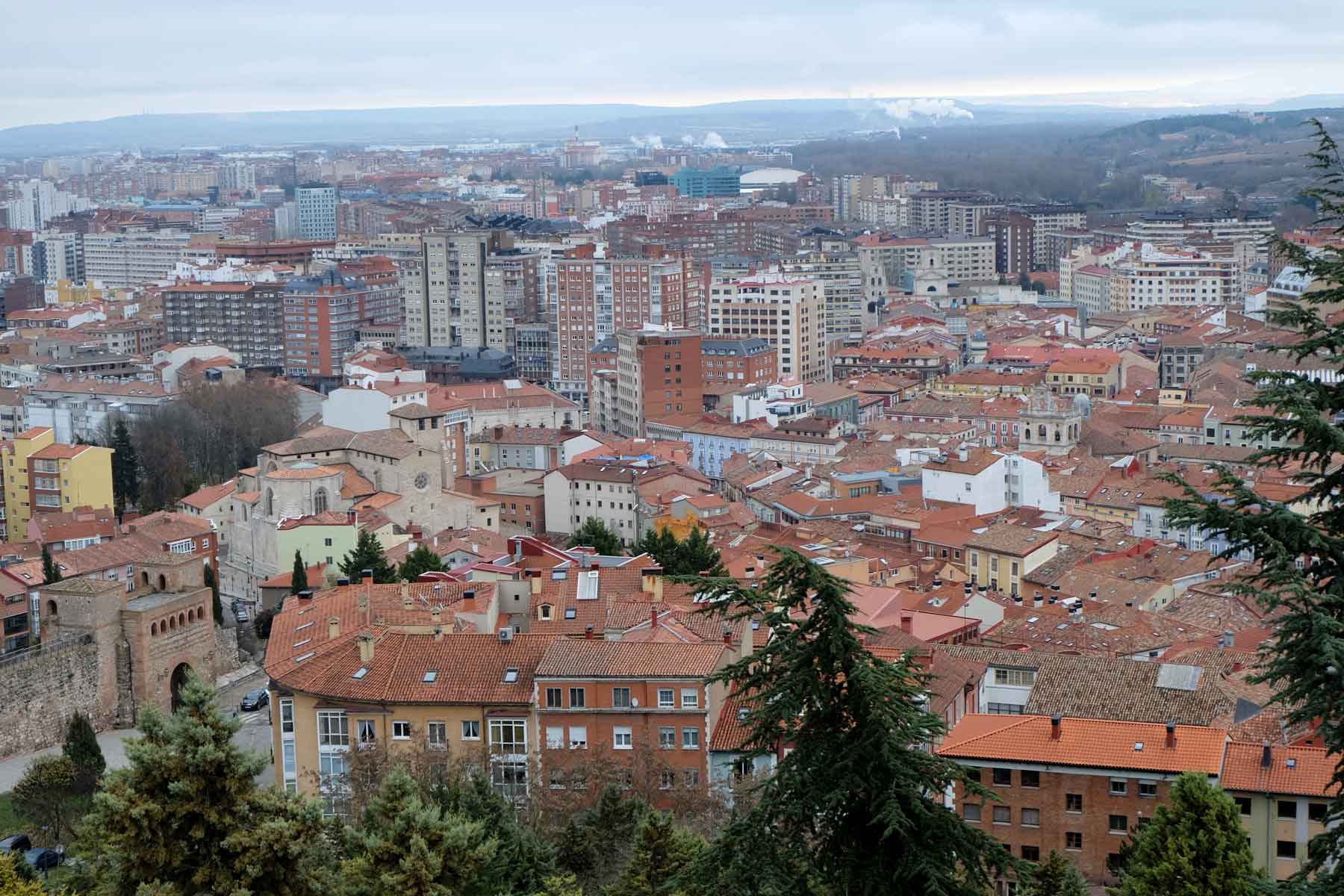 The city is surrounded by the Fuentes Blancas and the Paseo de la Isla parks and all around it you can find statues and monuments that remind you that Castilian nobleman, military leader and diplomat El Cid Campeador was raised and educated in Burgos and born just a couple of kilometres north of the city. 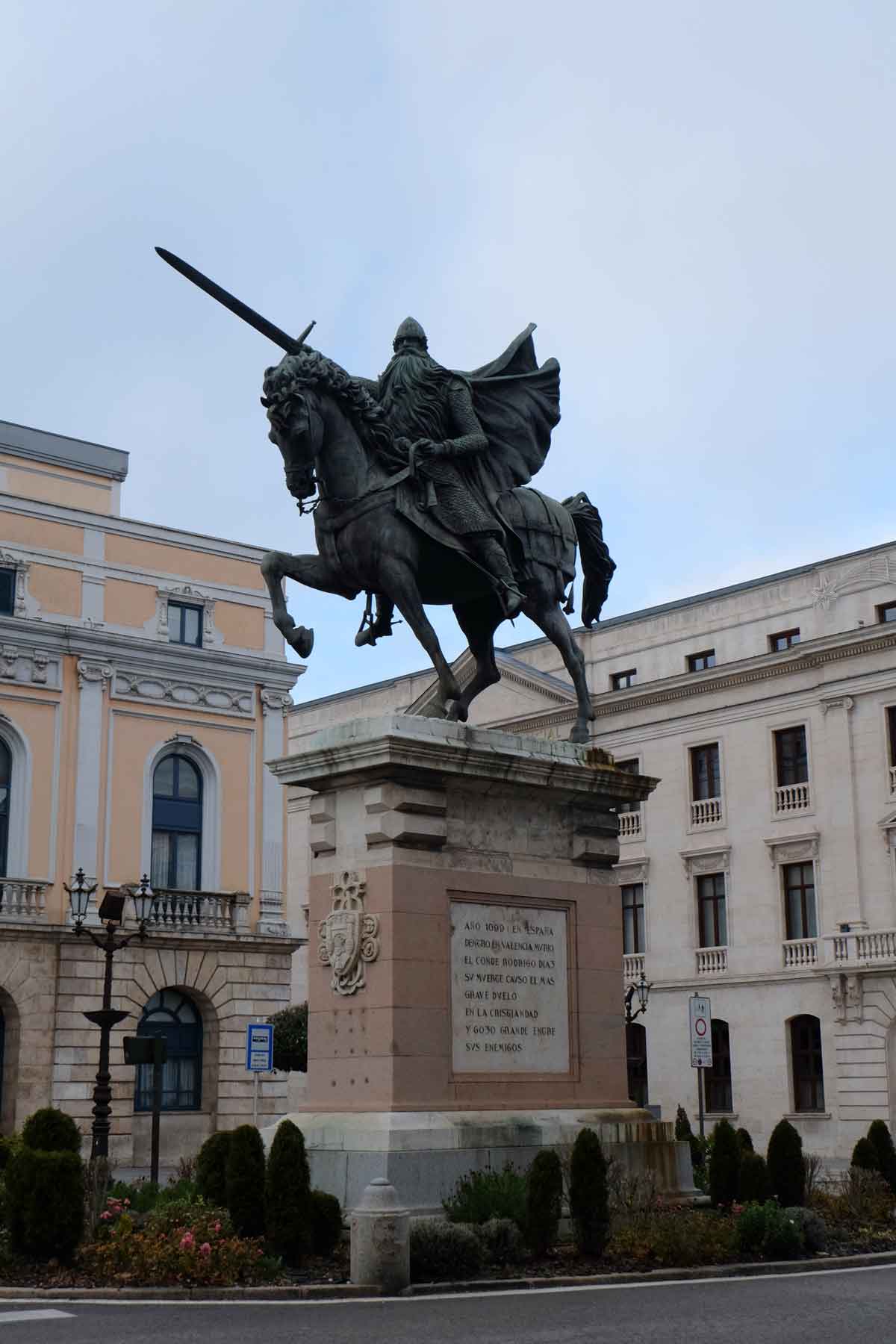 Burgos forms the principal crossroad of northern Spain along the Camino de Santiago, which runs parallel to the River Arlanzón. You can see the characteristic seashells that guide pilgrims along the the city’s streets.

The privileged location of Burgos was key to becoming a powerful commercial city in the Middle Ages and the capital of the unified kingdom of Castilla-Leon between the 10th and 15th centuries. 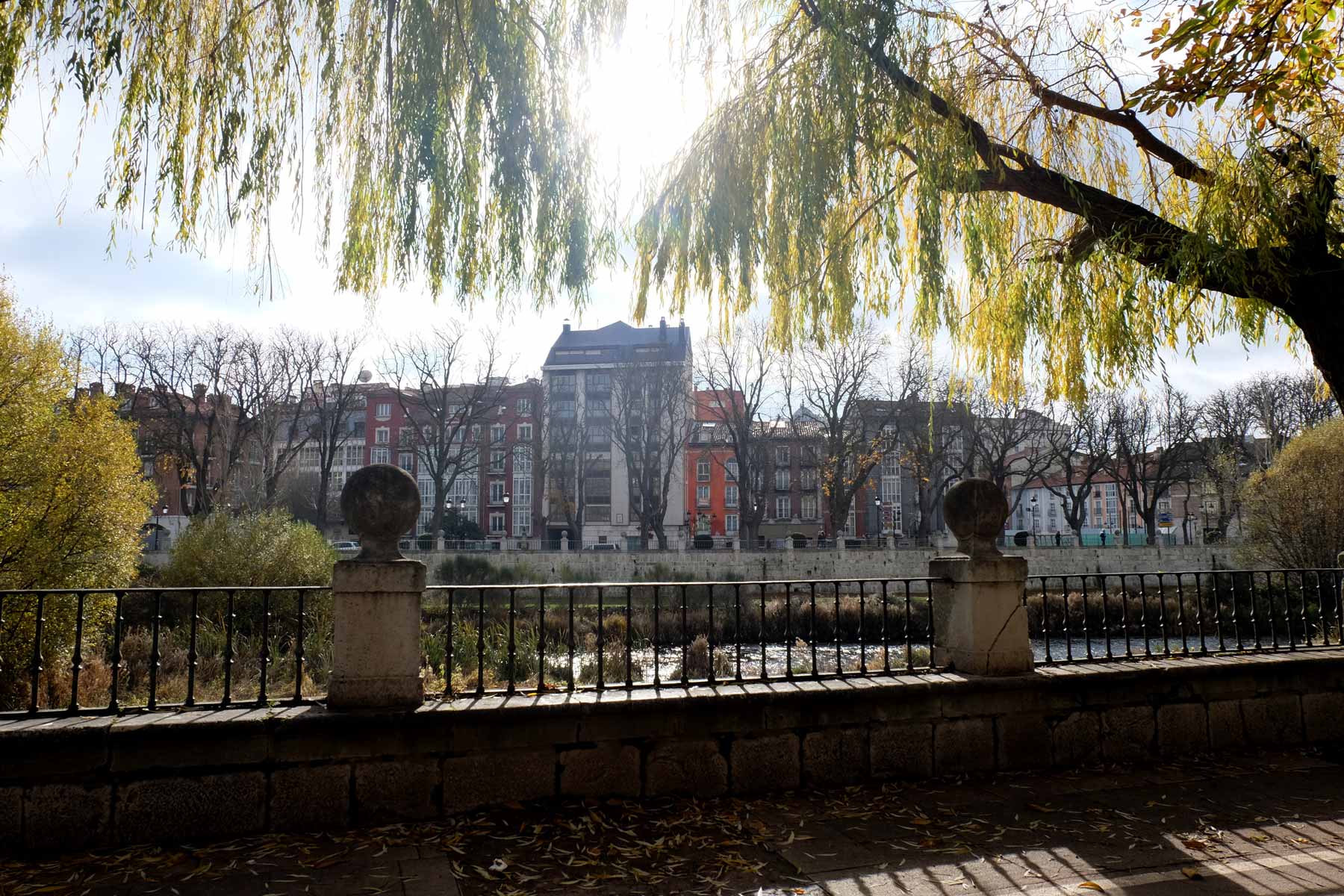 The banks of the Arlanzón River are just lovely. | Photo: Superminimaps 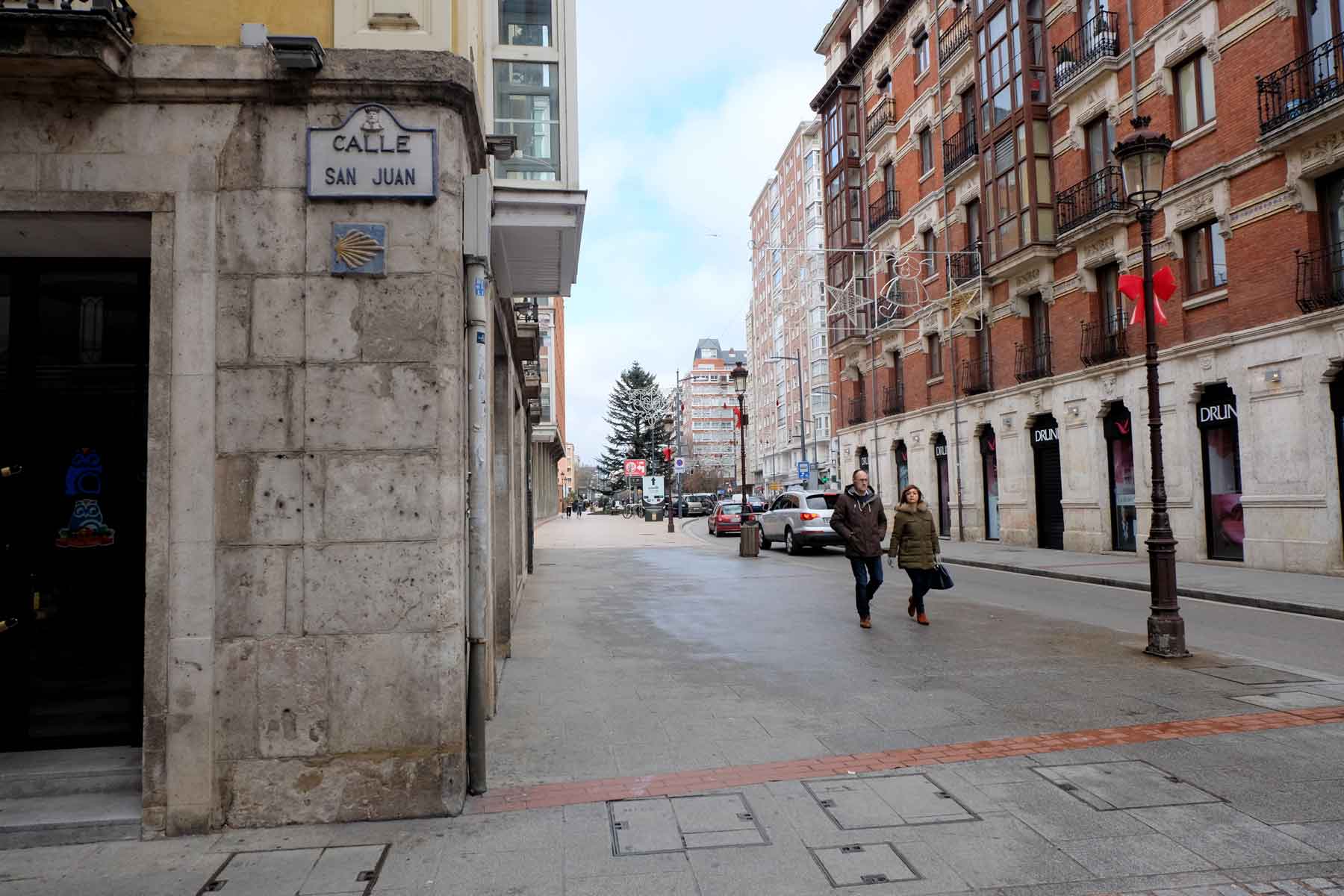 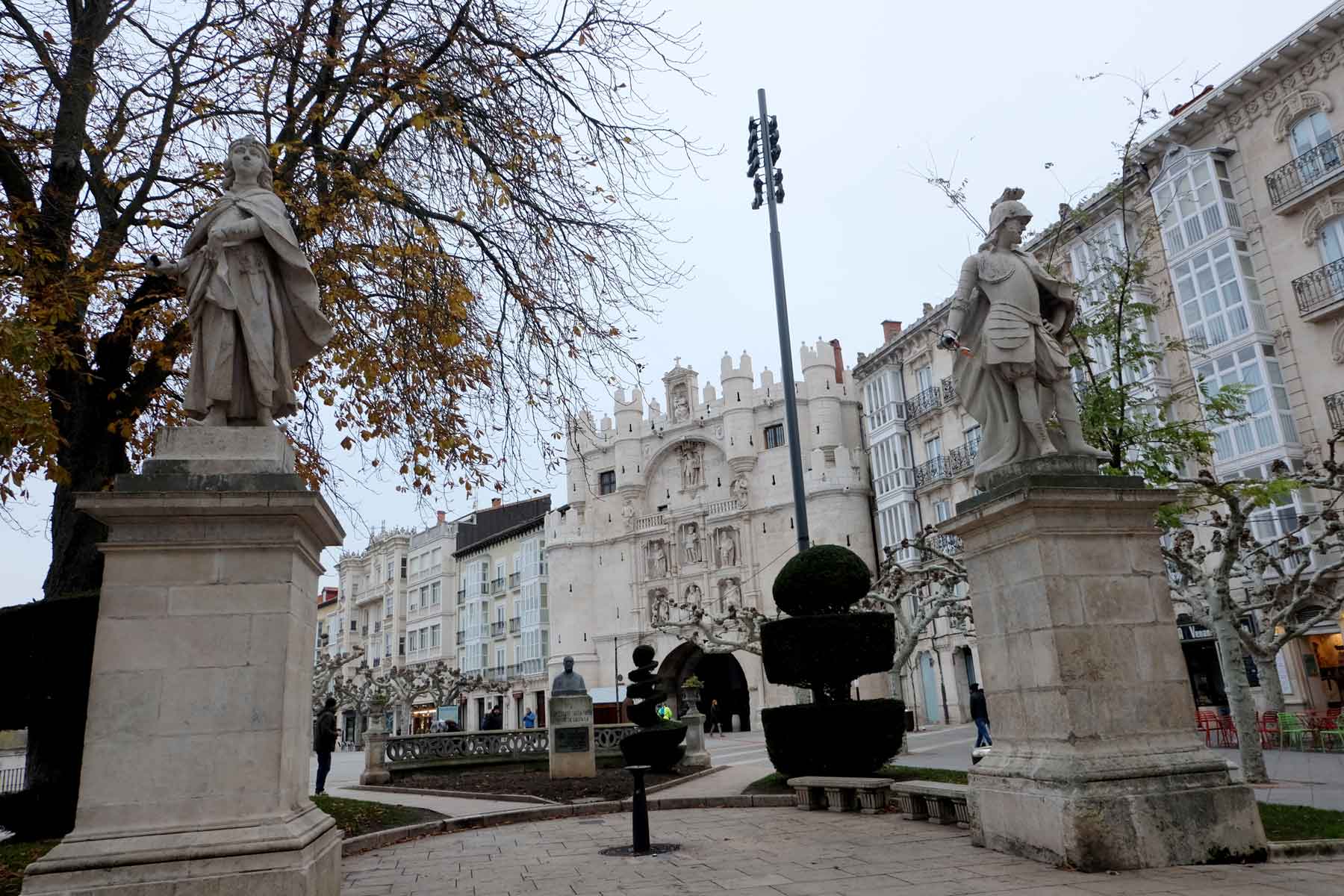 One of the things we enjoyed more was Burgos cuisine. Burgos is famous for the “morcilla” (blood sausage), the suckling lamb baked in wood-fired ovens and the famous wines that hold the label Designation of Origin: Ribera del Duero. The typical sweets are the “yemas” (egg yolks and sugar) and my favourite: caramel almonds. 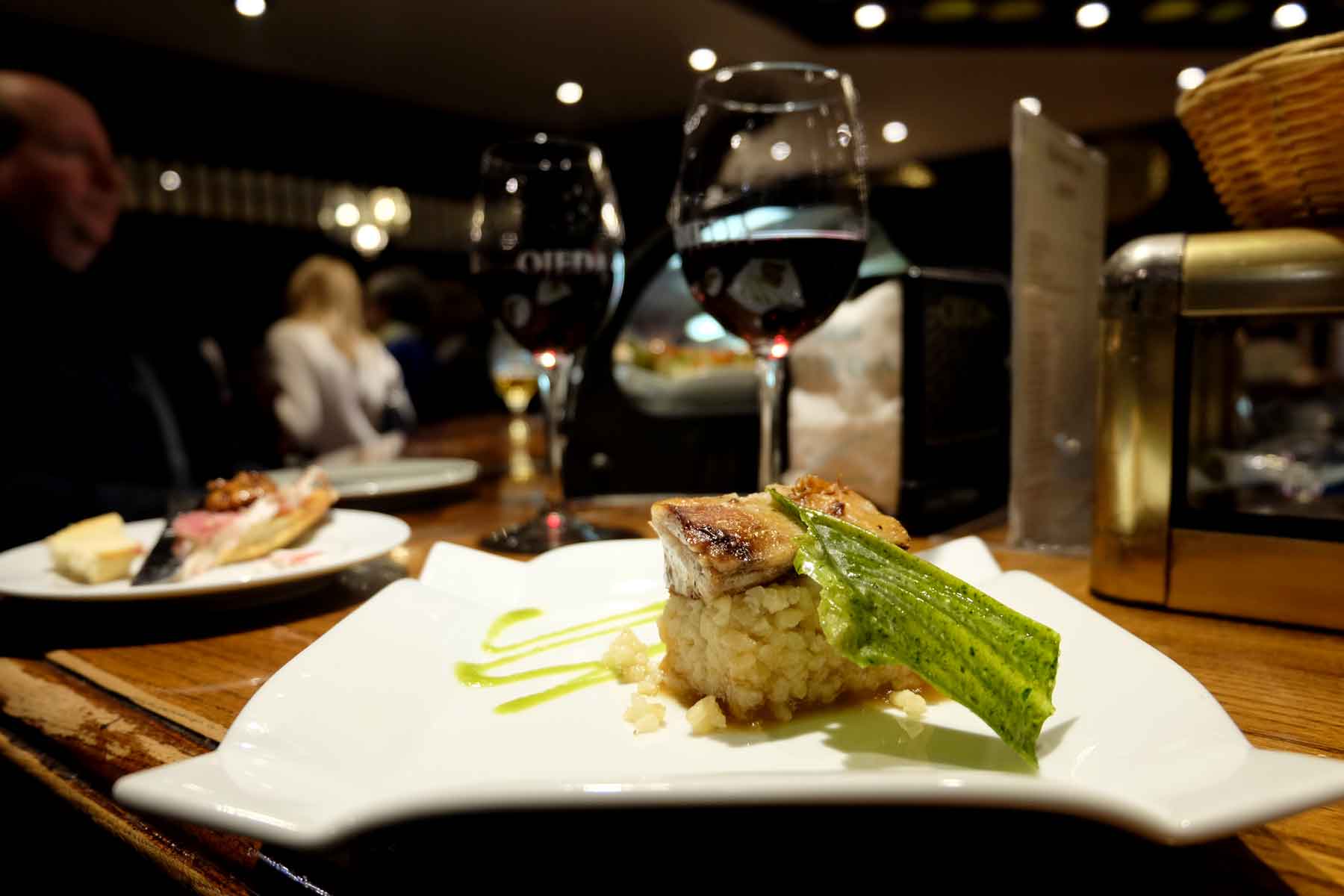 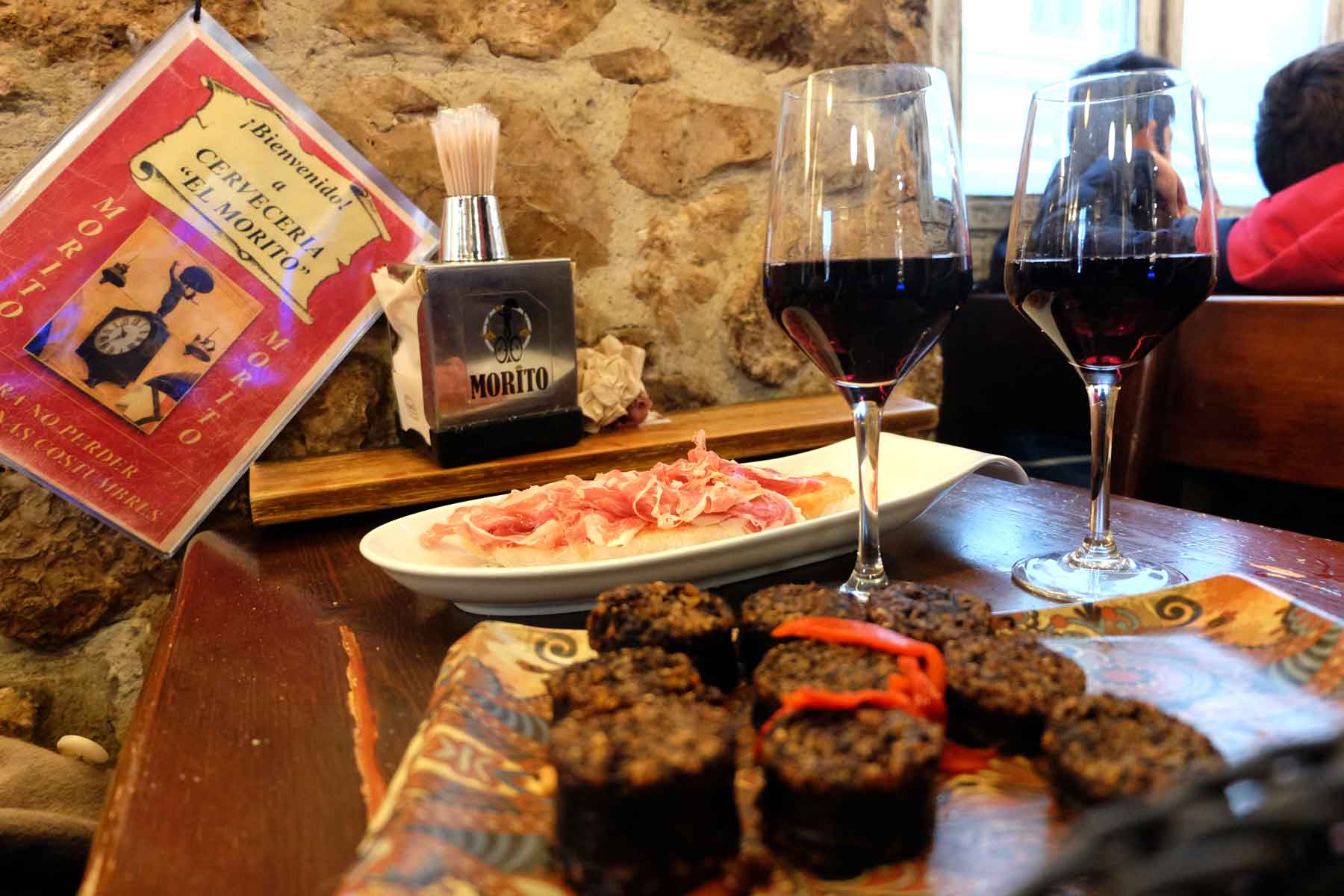 Spanish morcilla has many variants. The most well-known and widespread is morcilla de Burgos which contains mainly pork blood and fat, rice, onions, and salt @ El Morito | Photo: Superminimaps.

It took us around two hours and a half to travel from Madrid to Burgos, and the city is pretty much the same distance from Zaragoza and Lugo and even closer to Santander and Bilbao, so it could perfectly work as a day trip but if you can it’s better to spend the night and spend at least two days so you can enjoy at least one nice dinner!