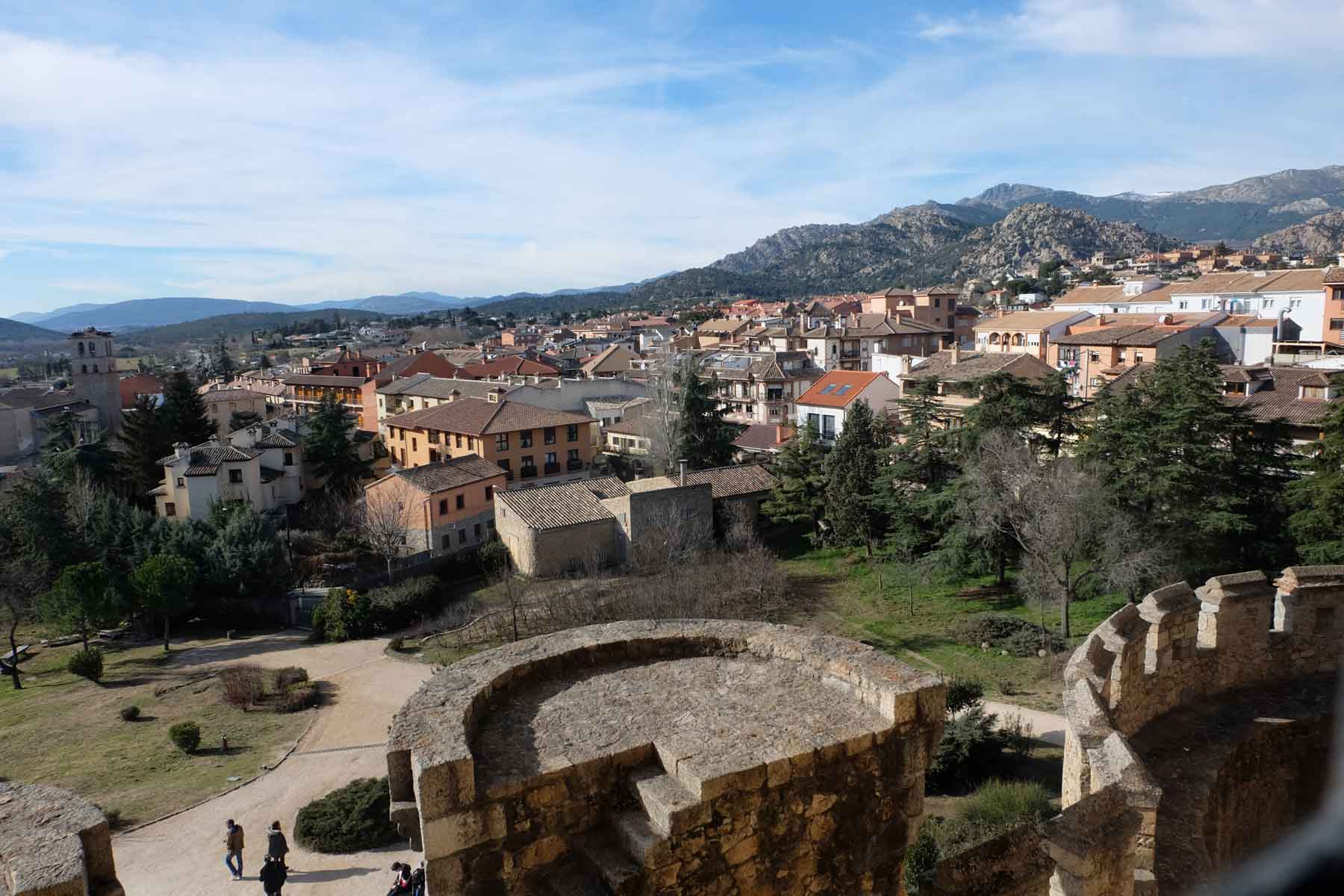 At the foot of the Sierra de Guadarrama, on the shore of the Santillana reservoir and surrounded by the Regional Park of the Upper Basin of the Manzanares River (part of the Biosphere Reserve), lies Manzanares el Real, a lovely Spanish municipality in the province and Community de Madrid, located less than 60 kilometers from the capital on the Camino de Santiago de Madrid. 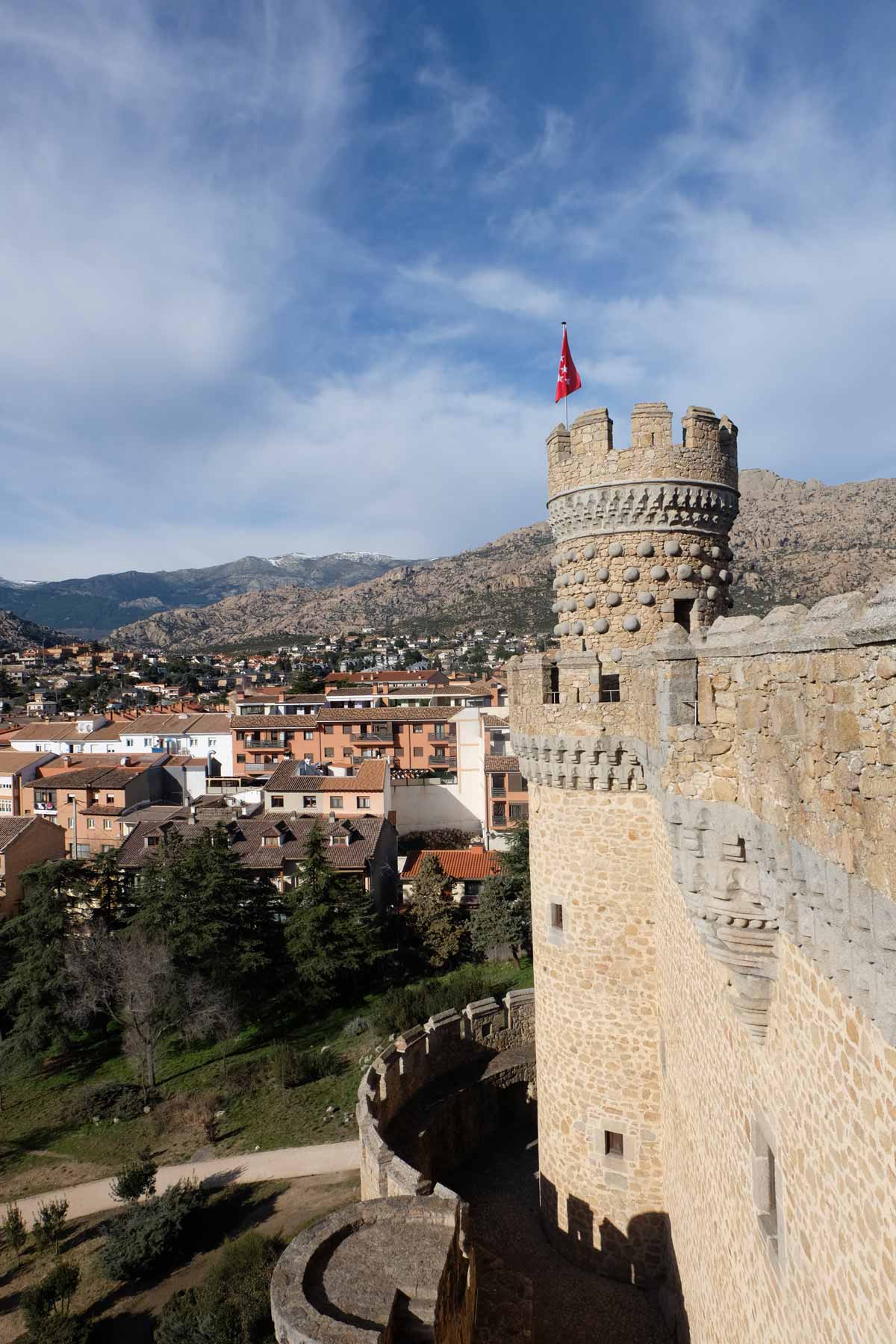 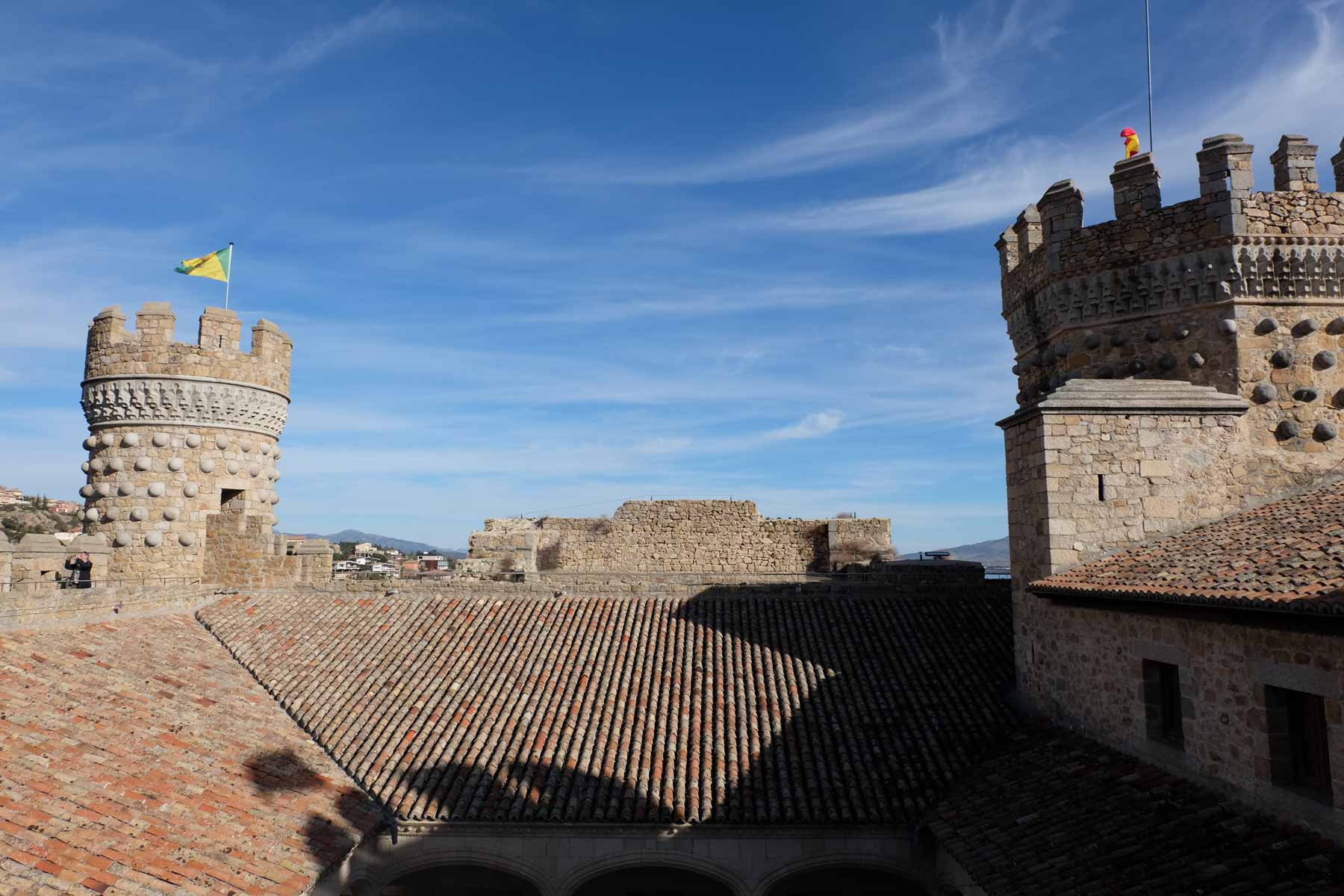 Inside of the castle you can see their furniture and tapestry dating from the 17th century. / El interior del palacio alberga tapices y mobiliario del siglo XVII 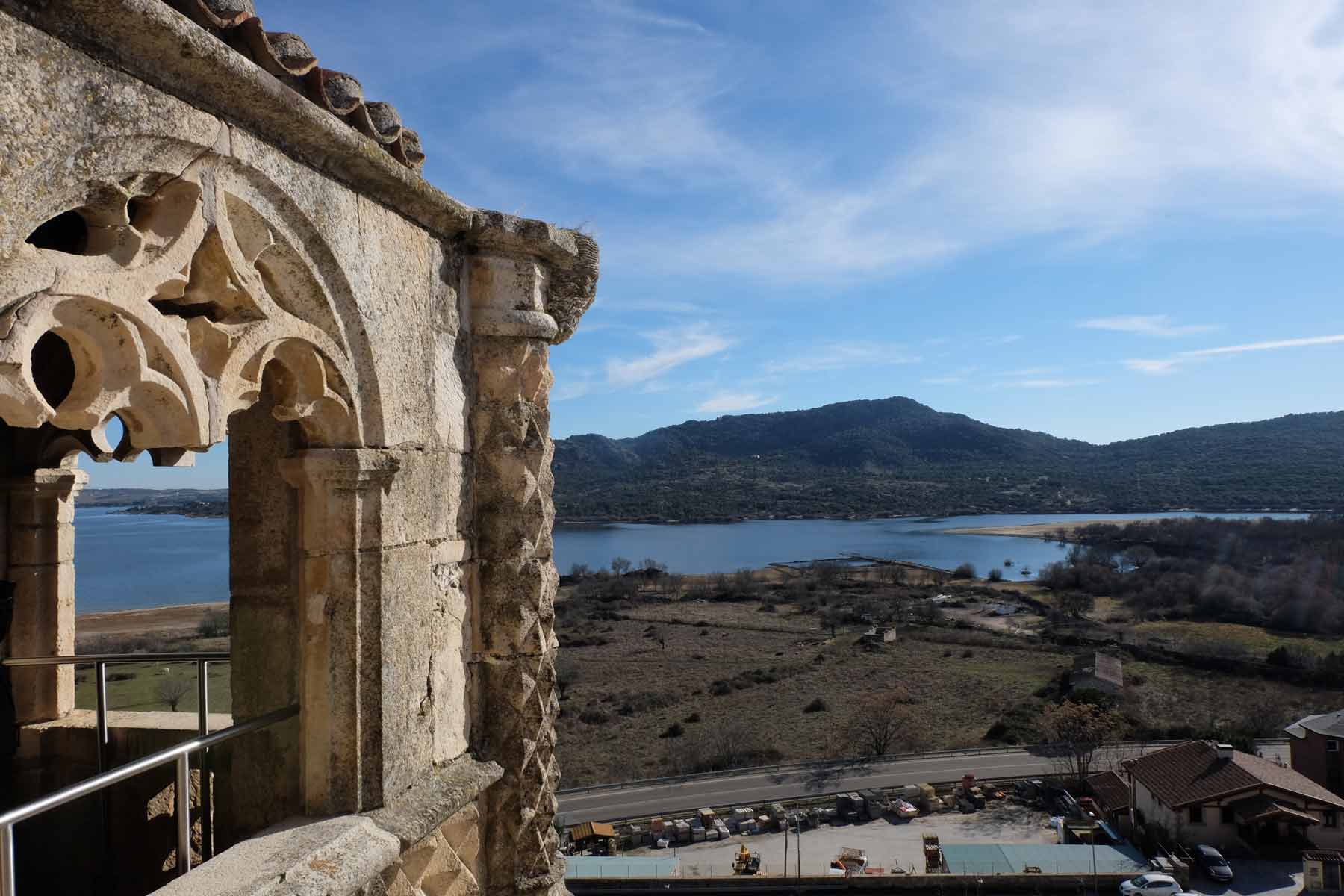 Undoubtedly, the main historical attraction of Manzanares el Real is, Mendoza’s Castle, an important example of Castilian military architecture of the 15th century and one of the last in Spain. It was initially erected as a fortress, but was eventually converted into the residential palace of the Mendoza, one of the families with more lineage in Castile since the Middle Ages.

From the Castle there are beautiful views of the town and the Santillana Reservoir.

A little further on from the town is La Pedriza, an interesting and different landscape made of rocks model by the erosion of water and wind for centuries that is part of the Guadarrama National Park.

There are many hiking trails of different difficulty, and each one is seasoned with legends and abstract forms to spot on the rocks. We spend a lot of time looking for the ‘skull’. Couldn’t find it, but instead we saw (or imagined) a mermaid. Can you see it?

After the mermaid we continued our road to the ‘Refugio Giner de los Ríos‘ a small cabin at 1220 mts where you can rest and have a nice warm meal or a quick snack enjoying the view.

One of the things I enjoy, besides being able to breathe pure air and the long-lasting satisfaction that comes from being surrounded by nature, is to spot goats on top of the rocks at impossible heights. There are many goats in the park!

A quick visit to Manzanares El Real followed by a long hike in La Pedriza is a super recommended getaway very close to Madrid to enjoy a bit of everything: a beautiful town, some History, spectacular views, pure air and very pleasant trails in the mountains.

If you are driving: