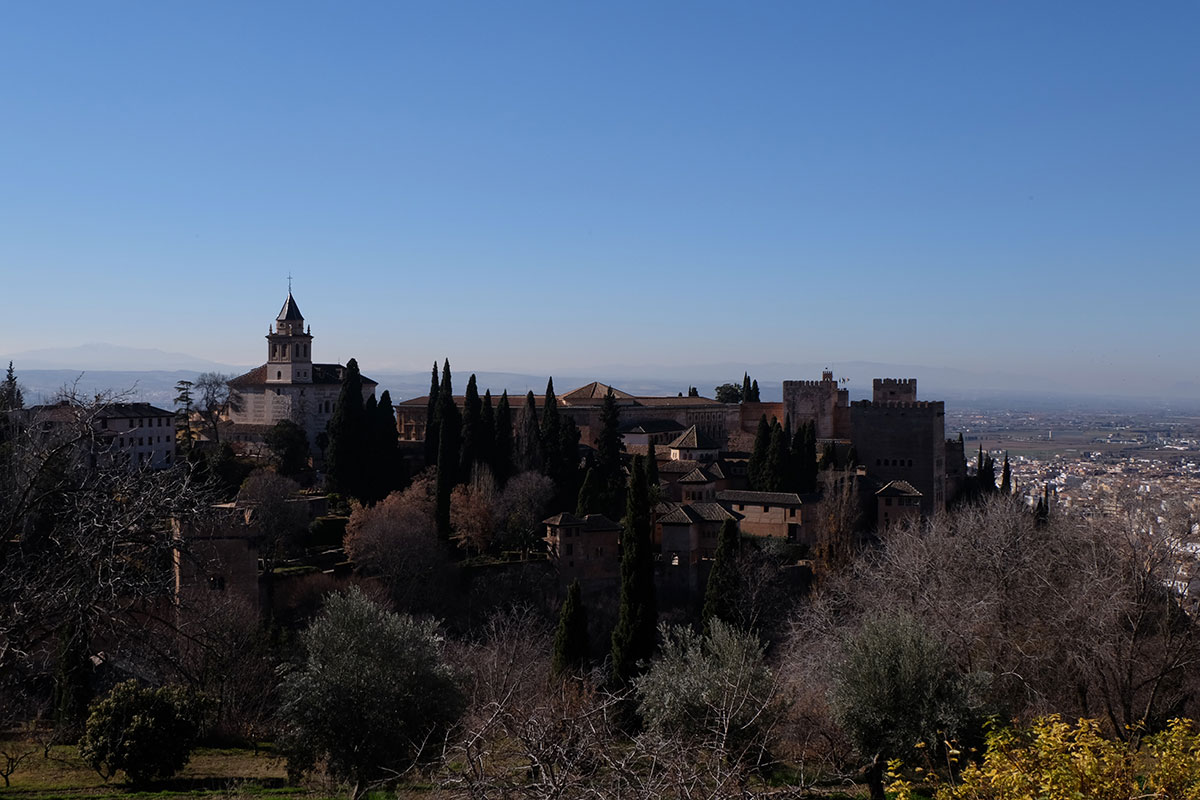 It is really hard to put into words the wonder that is La Alhambra, this amazing palace, fortress, garden, dream that was built in AD 889 on the remains of Roman fortifications -Wikipedia dixit- and then rebuilt in the mid-13th century by the Moorish emir Mohammed ben Al-Ahmar of the Emirate of Granada. Yes, at that time Granada didn’t belong to Spain.

I’ll let the images speak to you about the place, as they will be a lot more eloquent than me, but just let me add three quick things:

It goes like this: You have to be at the ticket office at 5am. There will be two queues, one for cash and the other one to buy from the machines. I recommend the machines queue, it moves faster. The ticket office opens at 8am. A minicafe nearby opens at 7am. If you’re there in winter time it will be super cold and dark. Be prepared. Bring hot beverages or a blanket. Bring a book, music, a cushion, and think that it all will be worth it. I even made some friends while queuing and after that we enjoyed the visit together. Also, the audio guide they rent at the entrance of the Nasrid Palace, get it, it’s really good as it shows you the insides of buildings that might be close for maintenance and tell you interesting stories about each space. 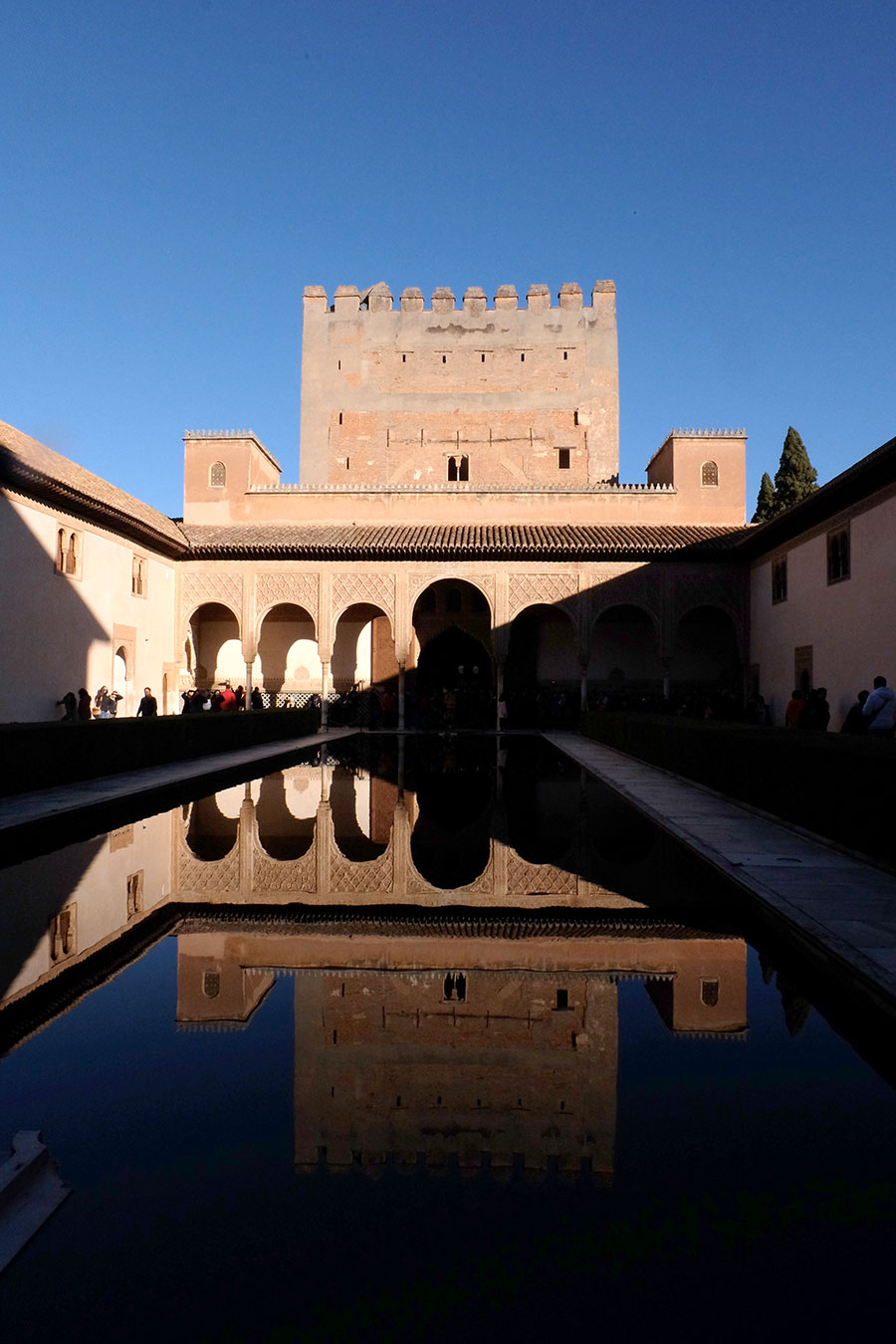 Inside the Nasrid Palace. This is the Court of Myrtles. If you chose to go in the morning you’ll witness an amazing light and shadows play. 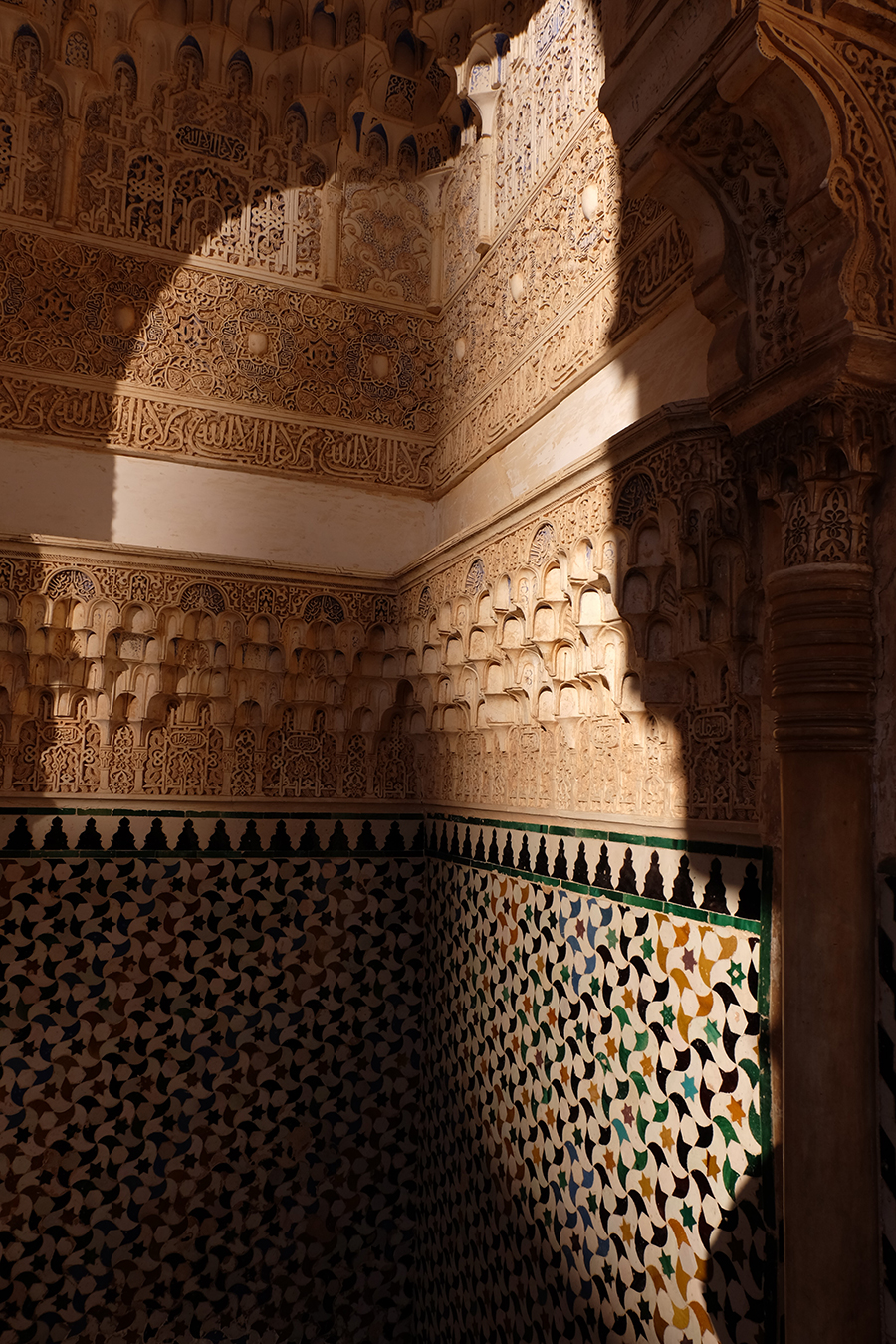 All the details in La Alhambra are just perfect and its tiles are remarkable as they contain nearly all, if not all, of the seventeen mathematically possible wallpaper groups. 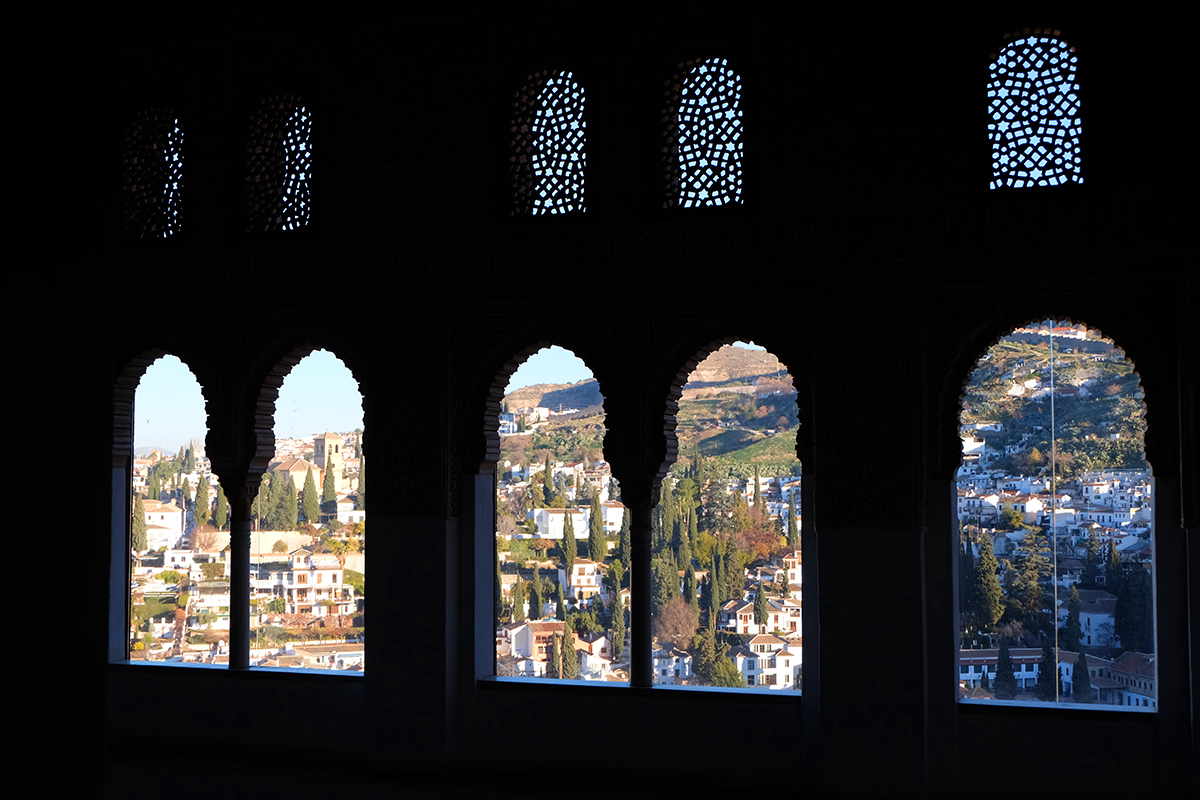 View of the Albaycin from the Mexuar. 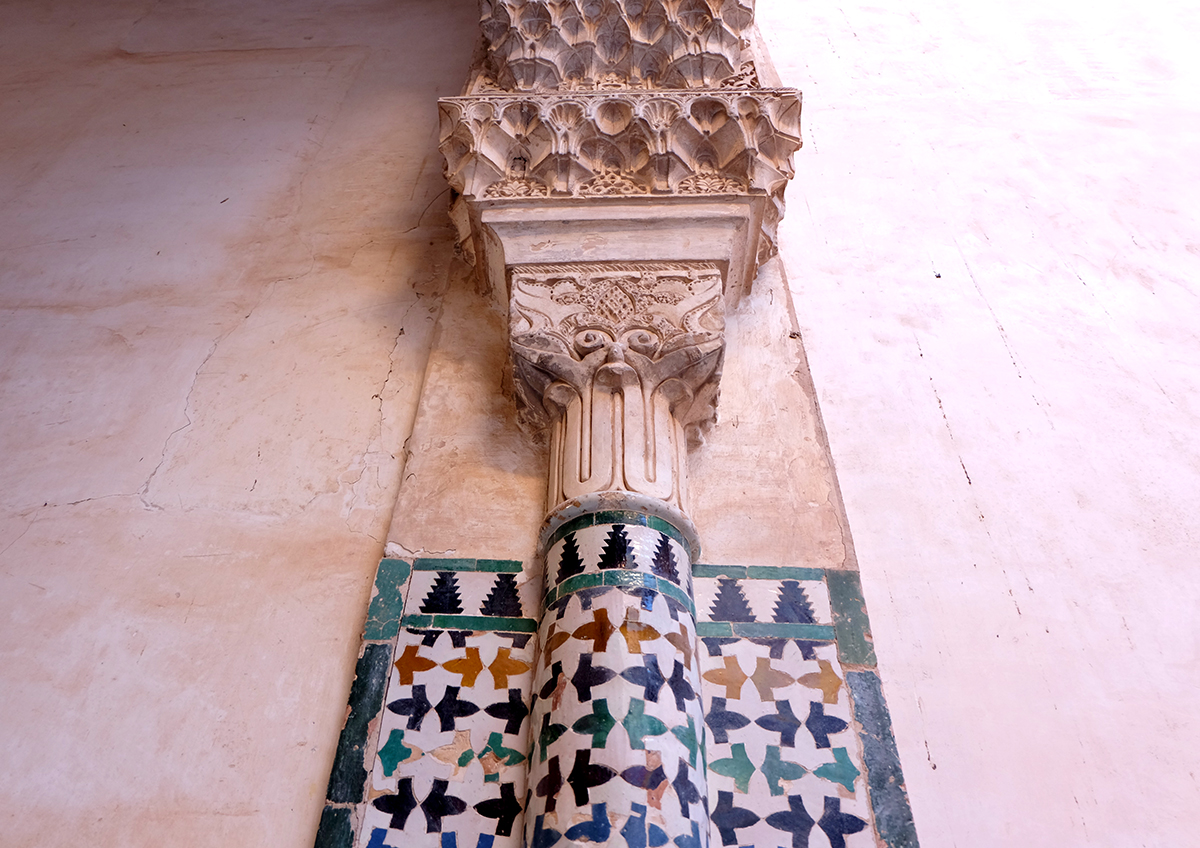 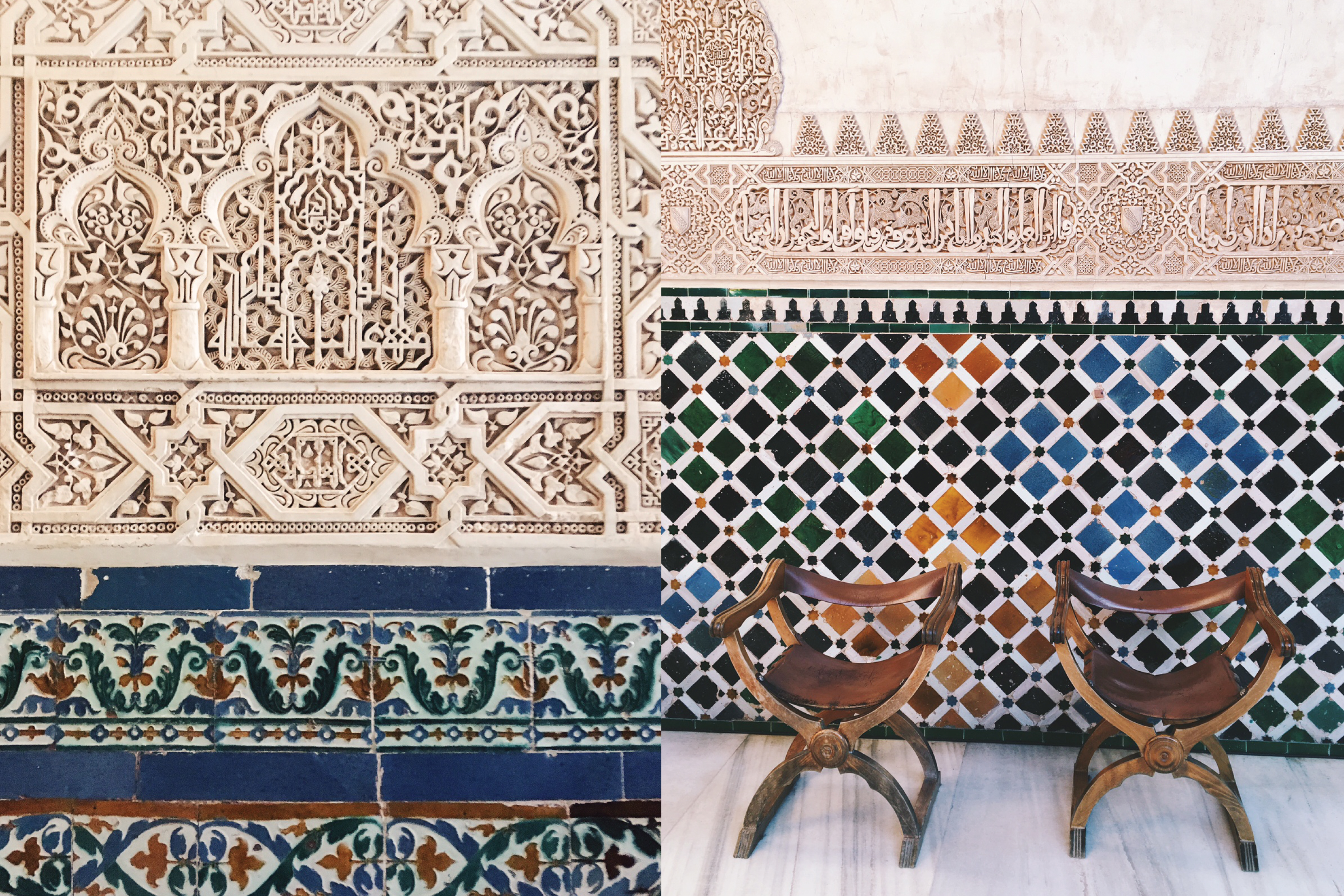 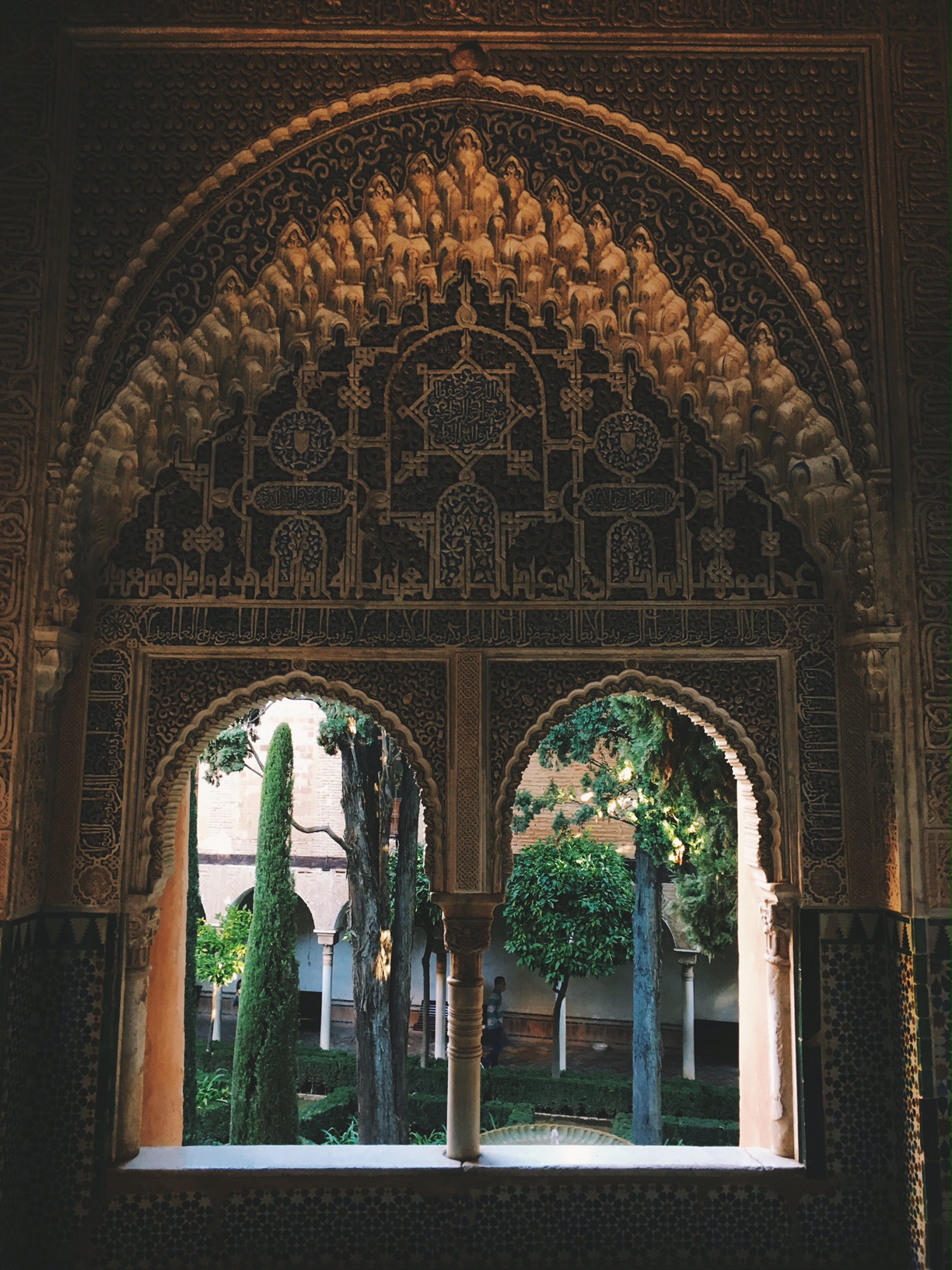 Beautiful window with a view to the Court of the Lindaraja at the Sala de los Abencerrajes (Hall of the Abencerrajes), a family that is said to have held a prominent position in the kingdom of Granada in the 15th century. This absolutely divine room happens to have a bit of a creepy story. Apparently the last sultan that lived in La Alhambra having invited the chiefs of the Abencerrajes to a banquet, massacred them here. Voilà. 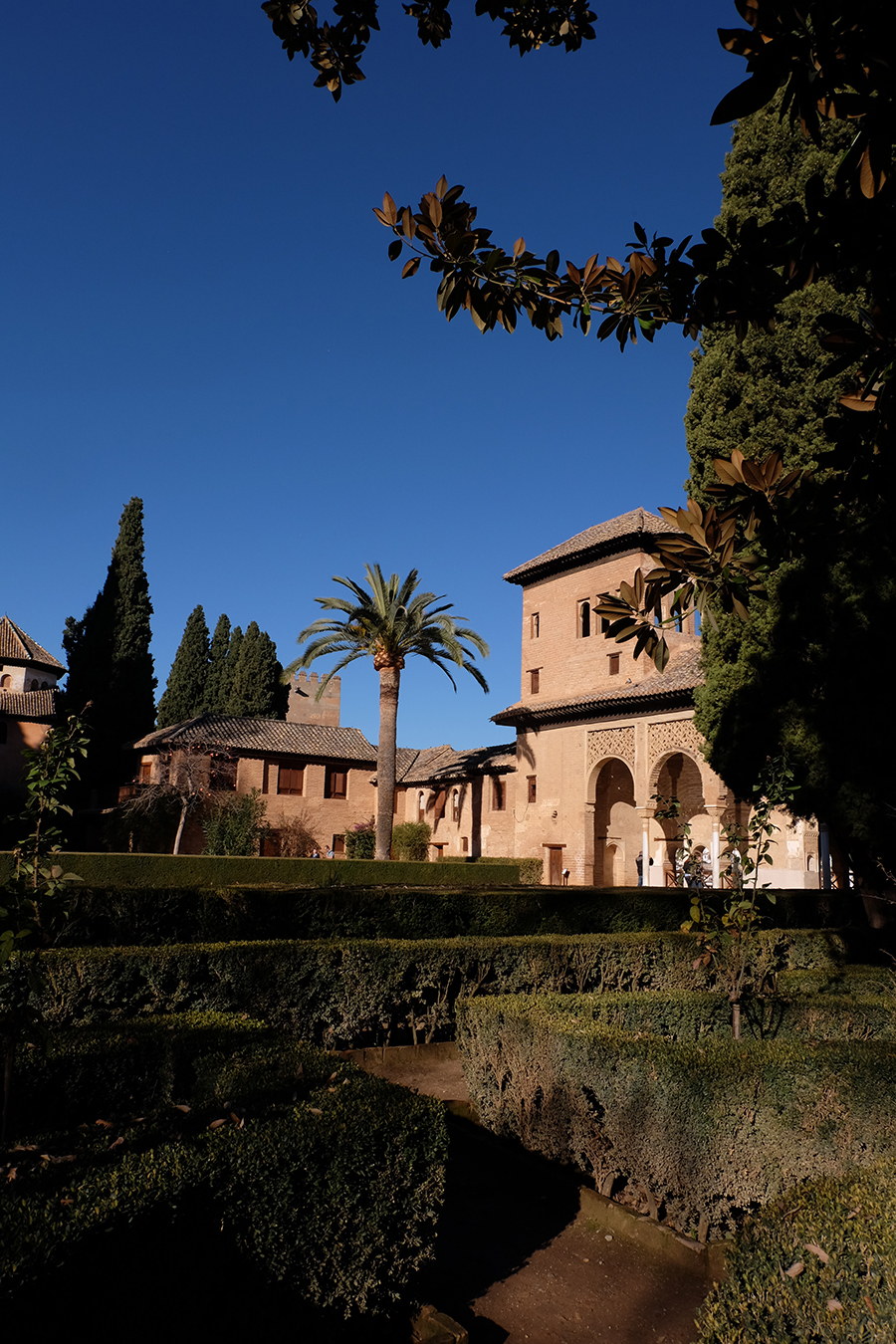 When you exit the Palace you enter The Partal, where you can see an arched portico behind which stands the Tower of the Ladies and a large central pond. It’s a beautiful and peaceful scenery. In the adjacent gardens they grow a variety of plants from flowers to chilies. The Partal was only included in the Alhambra a little more than a century ago. 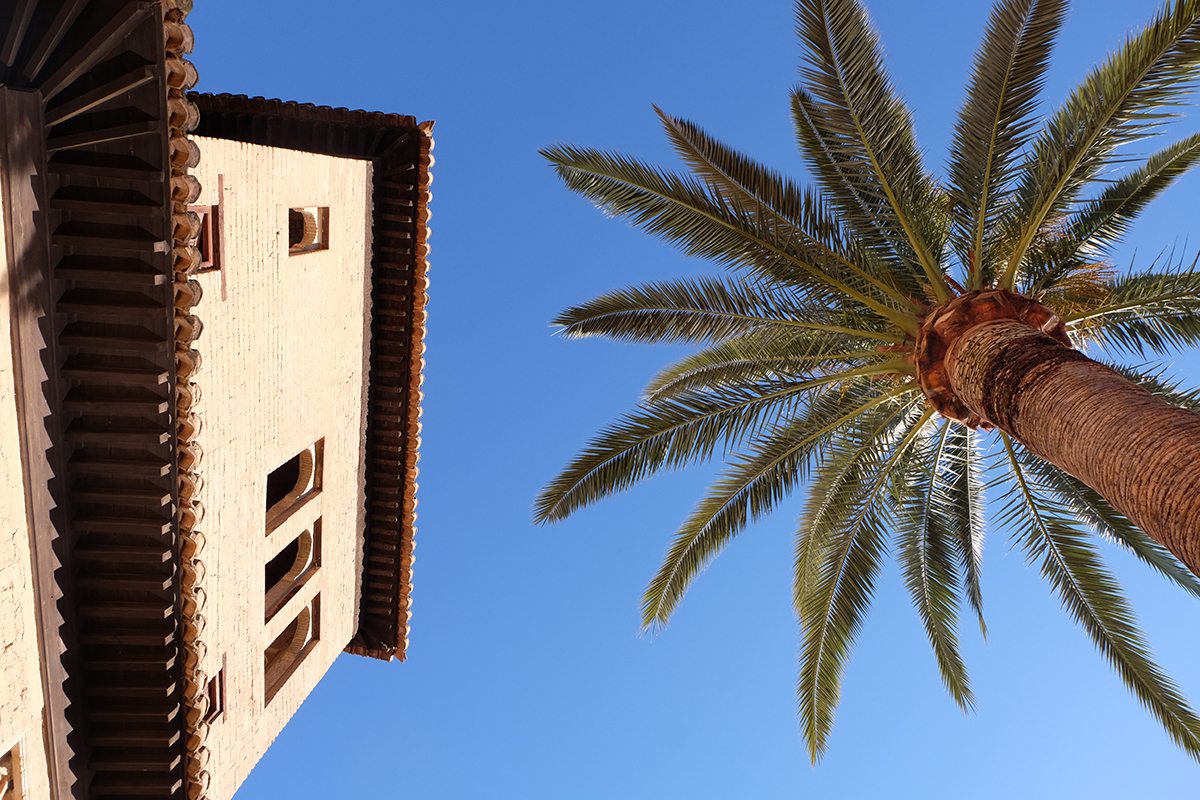 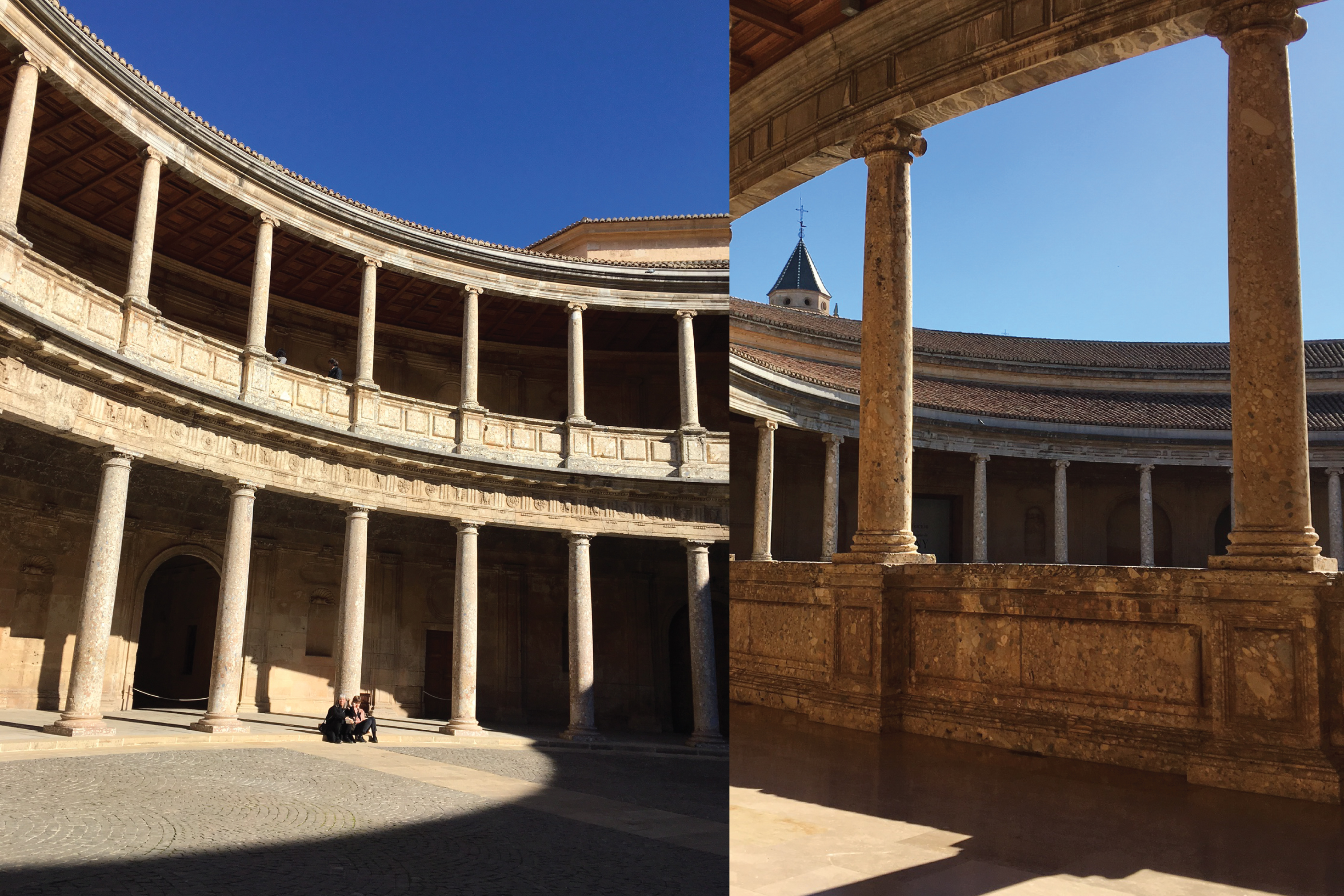 A bit of discordant note is the Palace of Charles V that symbolizes the triumph of Christianity over Islam. in 1517 Emperor Charles V gave orders to “take measures to set up proper chambers for his royal majesty and his court”. In 1526 he finally arrived in Granada with his wife, Isabel of Portugal, they were absolutely impress by the place so they decided to establish their Imperial headquarters there. 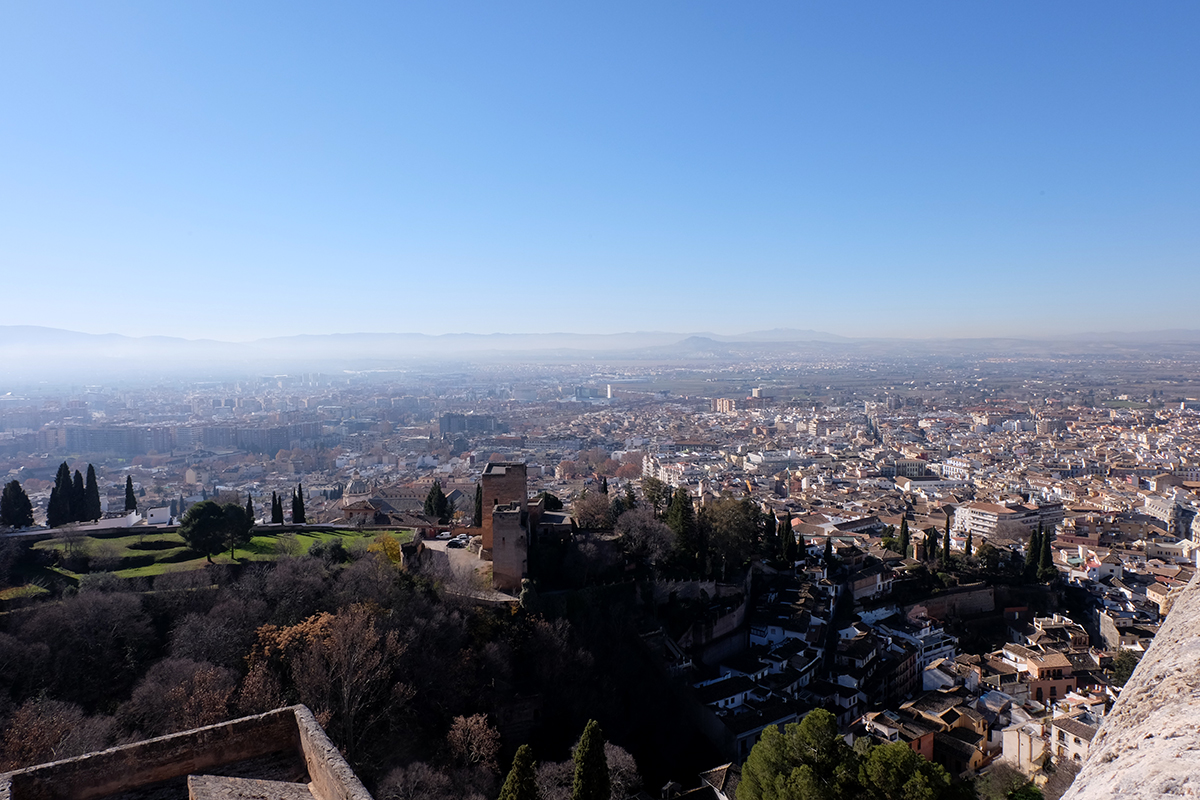 Finally, this is the view of Granada from the Alcazaba, the residential area of the royal guard in charge of the security of the palatial city. You could see everything from here: the city, the Albaycin and the Sierra Nevada.

Right next to La Alhambra, facing the complex there’s The Generalife, another palace complex, more open and airy and green that was used by the Muslim royalty as a place of rest and gardening. “Most of the buildings were residential and much of land was used for grazing and cultivation. The orographic site was divided into terraces. There are four main vegetable gardens.” This is where I would love to live if I ever become a “Sultana”. 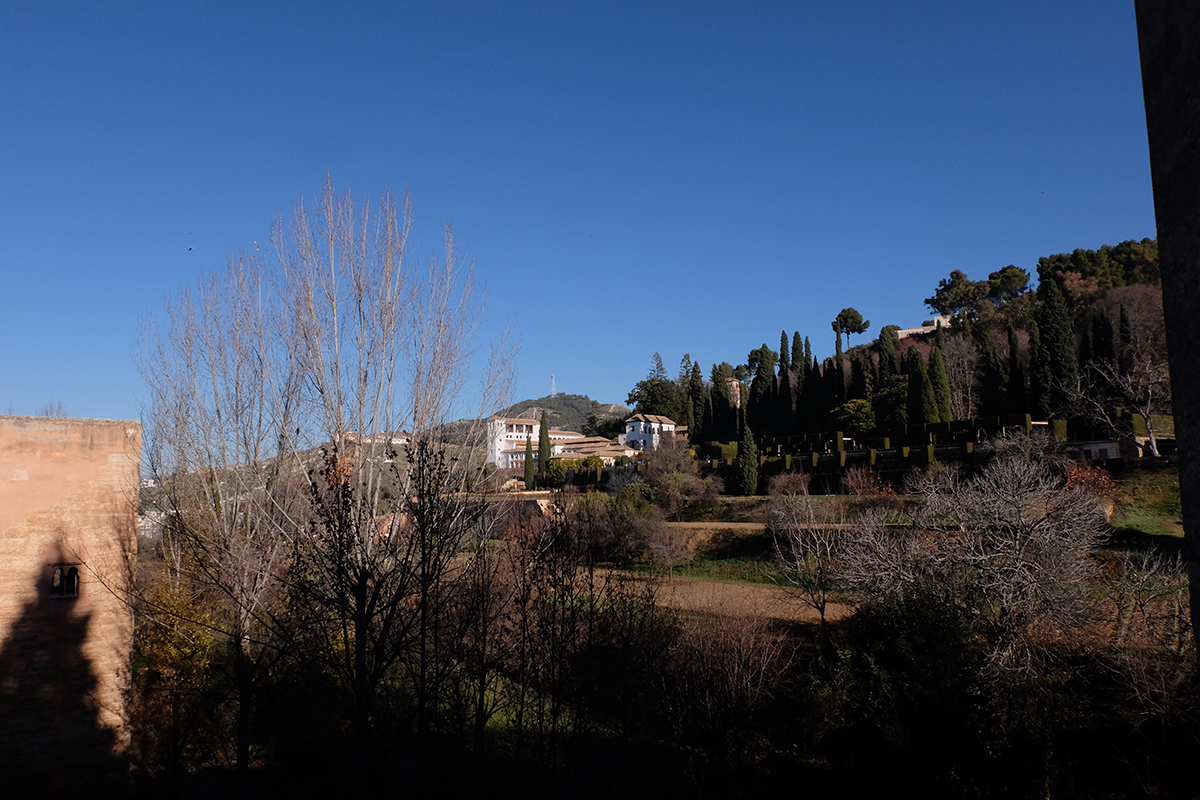 El Generalife from the gardens of the Partal. 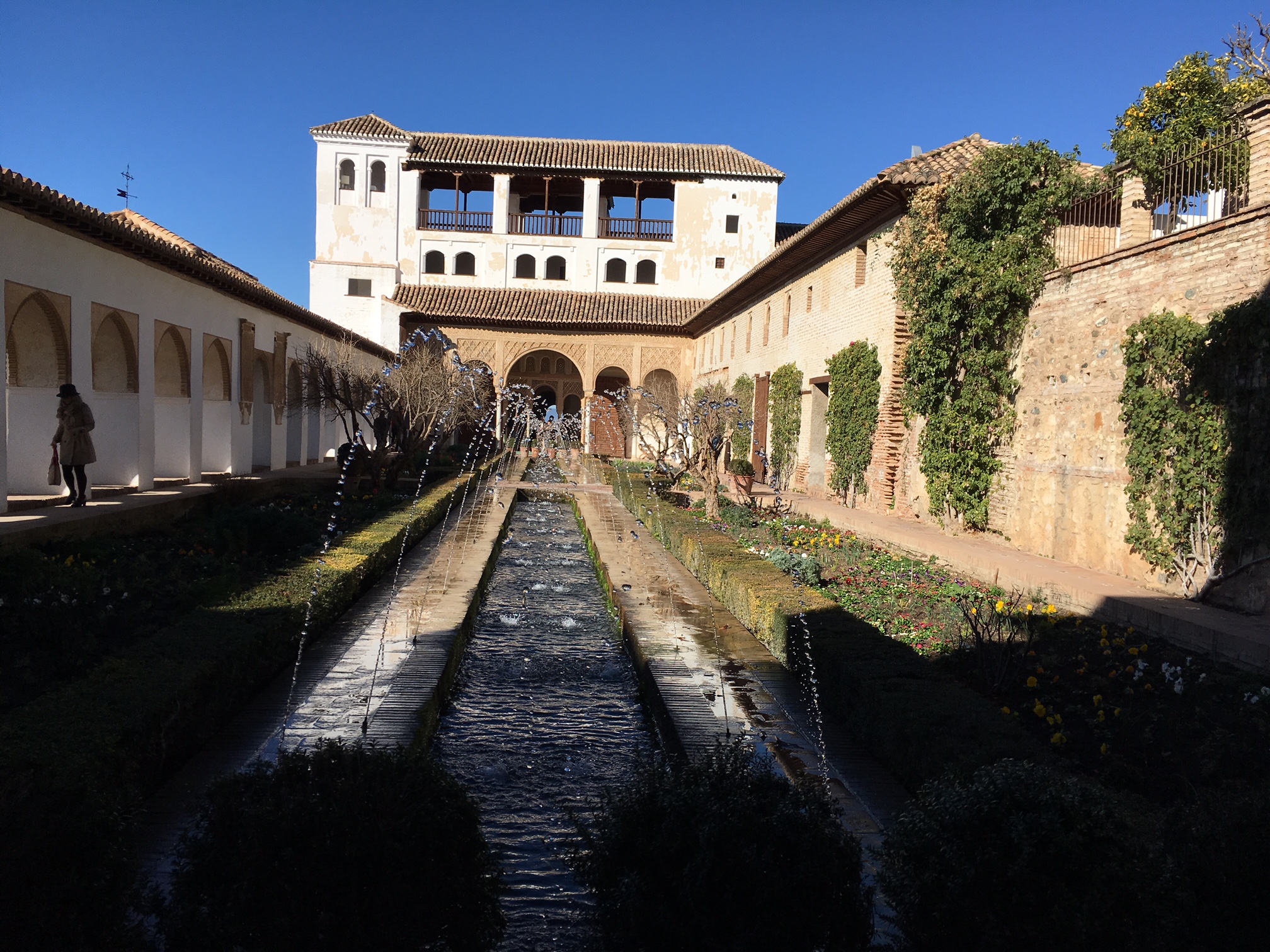 This is the court of the Main Canal, it draws water from the Royal Canal (Acequia Real), the principal hydraulic source for the entire historical-artistic monument complex. The court channel was originally in the shape of a crossing, like the one in the Court of the Lions (Patio de los Leones), supplying water to four oblique parterres. 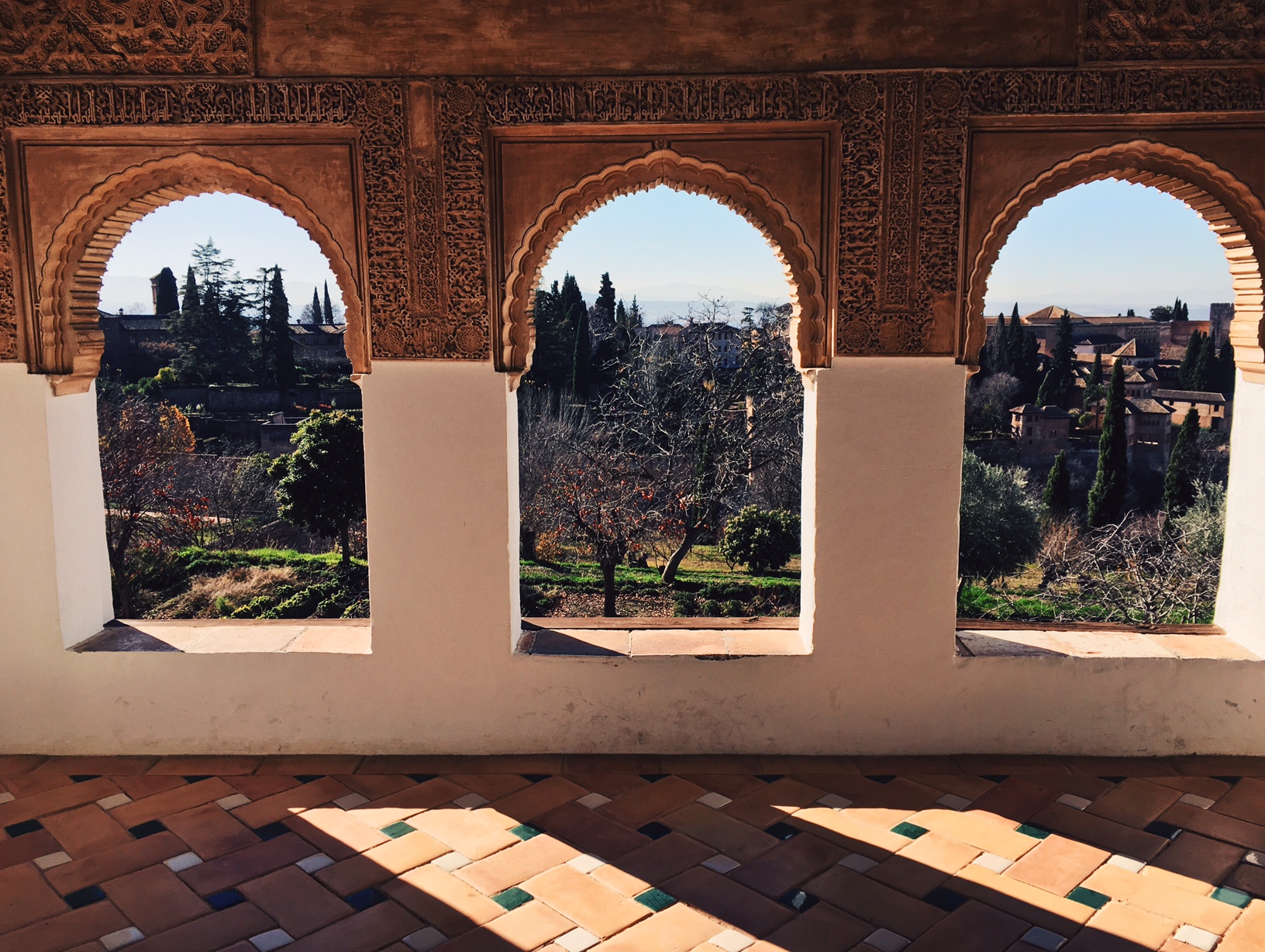 In the background you can see the Alhambra. Yes, this place is enormous! It will take you at least 4-5 hours to see everything. 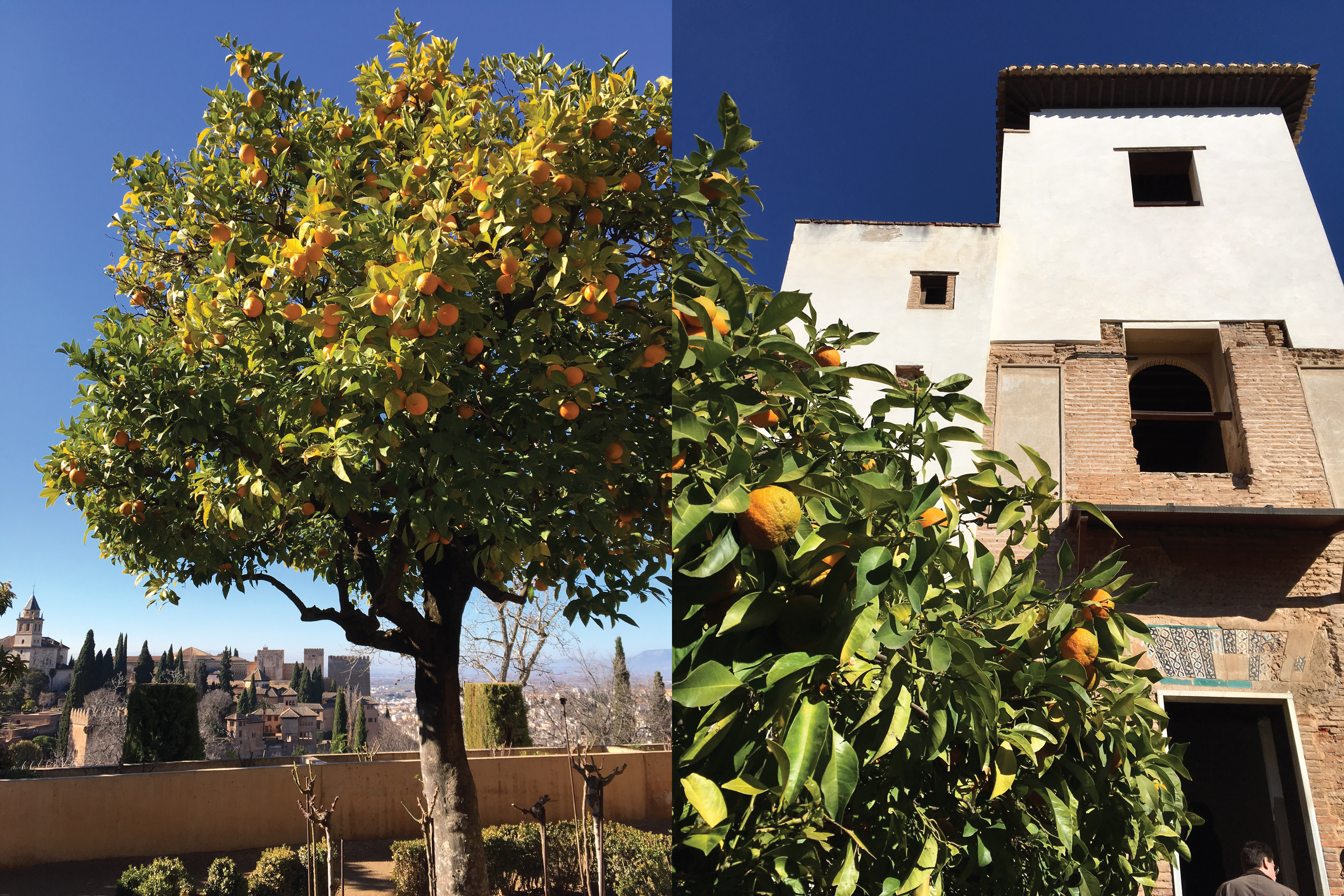 My favorite: these lovely orange trees. A symbol of Granada. 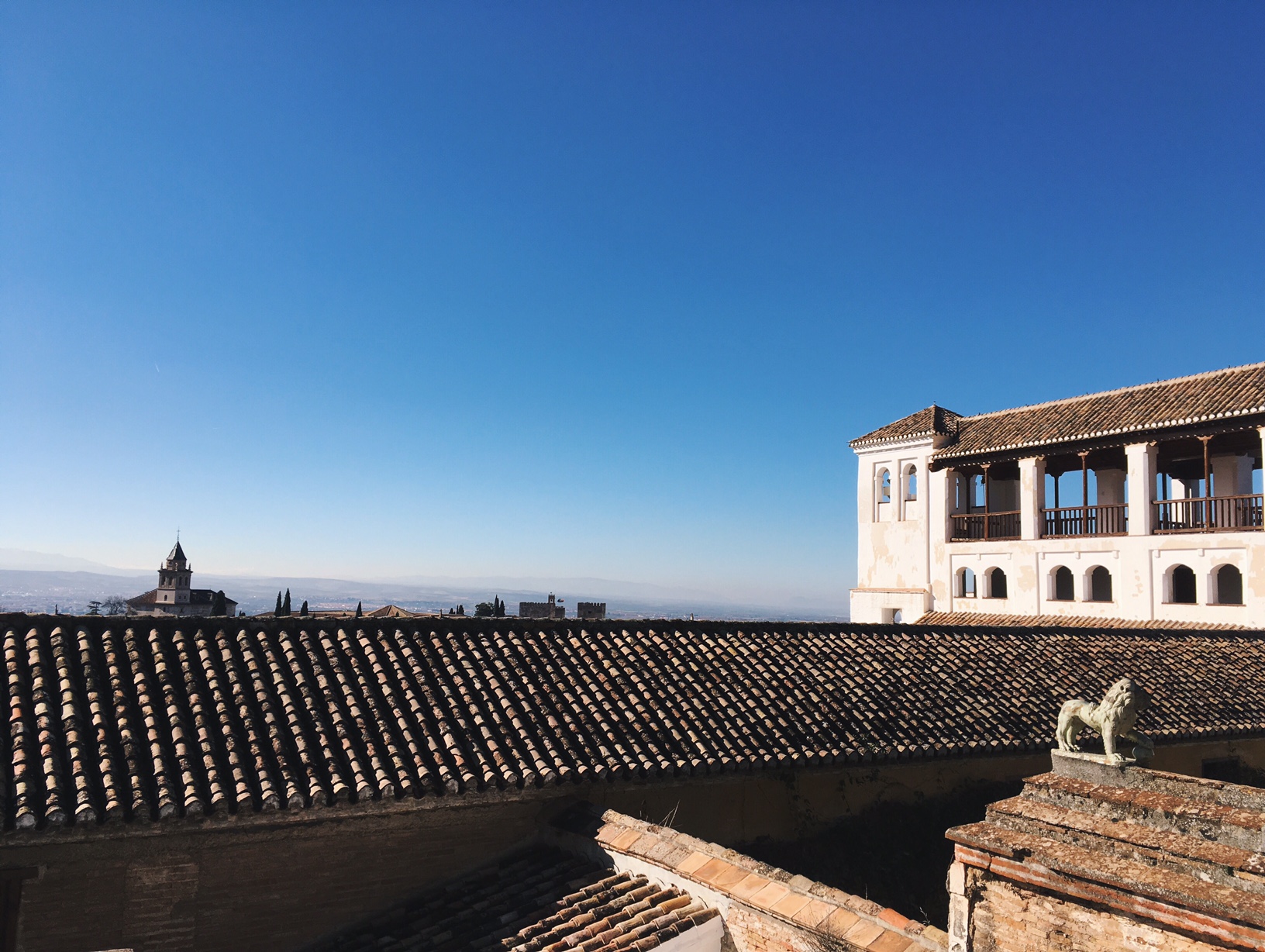 Another wonderful view from the Generalife. I’ll see you soon in Granada my friends! (: