TO LIVE LONG AND PROSPER… READ! 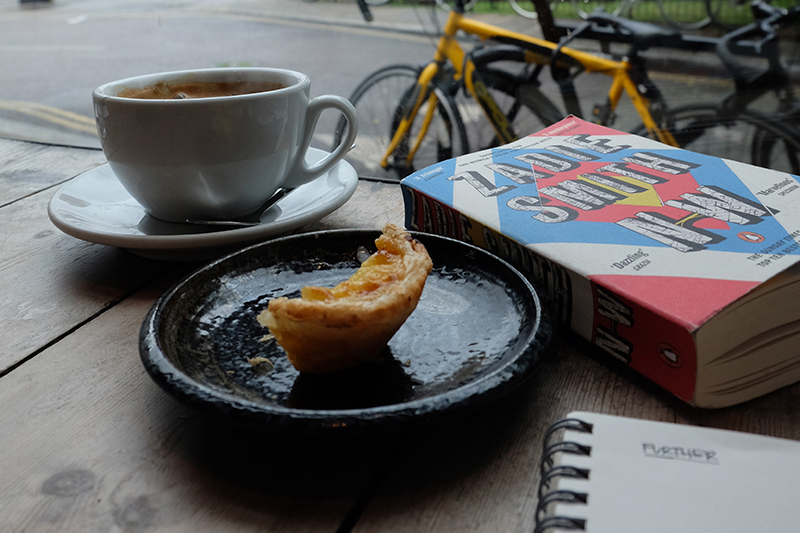 Having a coffee, a pastel de nata and reading Zadie Smith’s N-W in one of our #unconventionalmusts in London: L’eau à la bouche @ Broadway Market. A perfect plan for a Saturday Morning.

So, it turns out that reading books is tied to a longer life, according to a new report. That’s what we read this week in The New York Times. Here’s the article:

“Researchers used data on 3,635 people over 50 participating in a larger health study who had answered questions about reading.

The study, in Social Science & Medicine, found that book readers tended to be female, college-educated and in higher income groups. So researchers controlled for those factors as well as age, race, self-reported health, depression, employment and marital status.

They found a similar association among those who read newspapers and periodicals, but it was weaker.

“People who report as little as a half-hour a day of book reading had a significant survival advantage over those who did not read,” said the senior author, Becca R. Levy, a professor of epidemiology at Yale. “And the survival advantage remained after adjusting for wealth, education, cognitive ability and many other variables.”

If you want to add some quality time into your life, and you happen to be in Madrid, go ahead and start by checking our our Bookstores With A Charm Minimap. You’re definitely in for a treat!